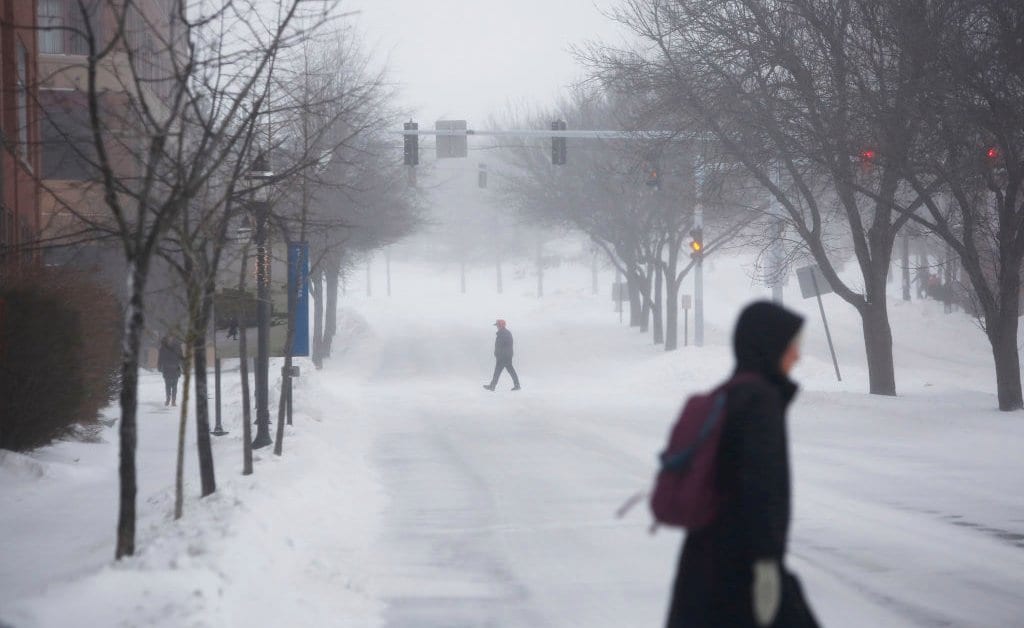 PORTLAND, Maine — The northeastern U.S. braced Saturday for a powerful, windy storm that forecasters say could bring 18 inches (46 centimeters) or more of heavy, wet snow to parts of the region.

The heavy, blowing snow expected in the afternoon in New England may result in near-blizzard conditions that make travel difficult.

The nor’easter could dump as much as a foot (30 centimeters) of snow on suburban Boston.

“The chief hazards with the current forecast include hazardous driving conditions in the early hours, the volume of wet snow forecasted to fall and possible gusty winds in coastal areas,” said Alec O’Meara, the spokesman for Unitil Corp., an electric and gas utility in New England.

Crews are on standby in case of power outages, O’Meara said.

National Weather Service meteorologist Michael Clair of the Gray, Maine, office said the storm is beginning as rain and is expected to turn to snow Saturday afternoon. In some areas, snowfall of 3 inches (7.5 centimeters) per hour is possible.

“This is the first big one,” Clair said of the beginning of the winter season. “There has been some snow up in the mountains, but this is the first one across where most people live.”

While localized totals of more than 18 inches are possible in the higher terrain, Clair says that in general, the region is expected to get hit hardest just inland, where forecasts call for about a foot of snow.

Areas south of New England, including the New York region, are expected to see heavy rain and strong winds.

In Canada, the storm is expected to affect southern Quebec and New Brunswick.

Floods: Number of evacuees in Johor drops to 2,154

Kevin Lee: The Briton who plays the bad guy in China's patriotic movies

Soccer: Soccer-Africa’s World Cup candidates now have Cup of Nations on their minds