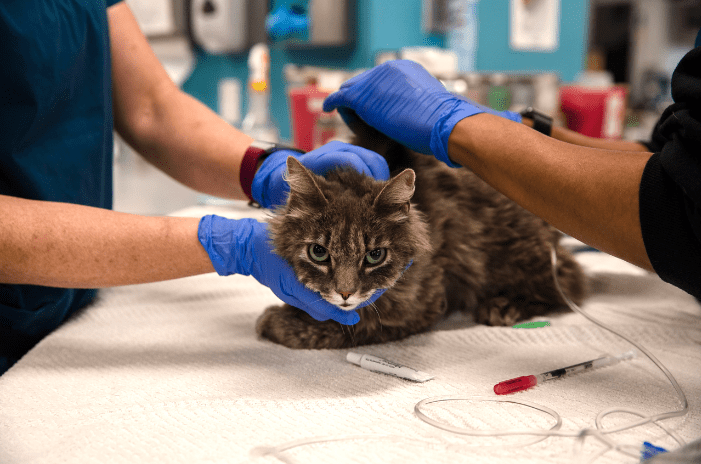 NEW YORK: Two cats in New York have become the first pets in the United States to test positive for the new coronavirus, officials said Wednesday.

The cats live in separate areas of New York state, America’s Covid-19 epicenter, the Department of Agriculture and the Centers for Disease Control and Prevention said in a joint statement.

“Both had mild respiratory illness and are expected to make a full recovery,” they said.

The owner of one of the cats had earlier tested positive for the virus before their feline pet started showing symptoms, according to the officials.

The other cat lives in a household where no members were confirmed to be ill with Covid-19.

“The virus may have been transmitted to this cat by mildly ill or asymptomatic household members or through contact with an infected person outside its home,” said the statement.

Another cat in the same house has not shown signs of having the illness, the press release added.

The departments stressed that while public health officials are still studying Covid-19’s impact on animals, ‘there is no evidence that pets play a role in spreading the virus in the United States.’

Health officials recommend that cats and dogs socially isolate while they learn more about how the virus infects pets.

The CDC advises that cats be kept indoors when possible to avoid them interacting with other animals or humans.

The CDC also advises people who might have Covid-19 to avoid physical contact with their pet. — AFP

How Small Acts of Defiance Turned Into a Movement in Belarus

The 13 Best Marketing Automation Software Tools Available to You