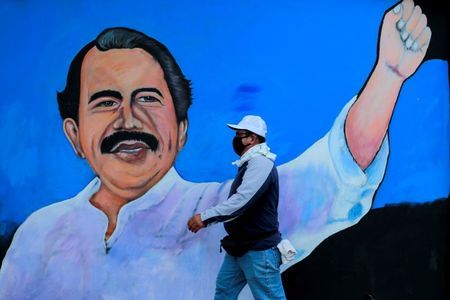 MANAGUA (Reuters) – The Organization of American States (OAS) on Tuesday expressed alarm at what it called the deterioration of the political climate and human rights situation in Nicaragua, condemning the jailing of opposition candidates and demanding guarantees for free and fair elections later this year.

The resolution was supported by 27 countries. Two countries – Nicaragua and Saint Vincent and the Grenadines – voted against the measure, while Mexico, Argentina, Belize, Honduras, and Dominica abstained.

Over the past few weeks, a dozen opposition figures have been arrested on orders from the security apparatus of President Daniel Ortega, including four declared presidential rivals.

The contenders were aiming to challenge Ortega in the November elections, where the 75-year-old president is seeking reelection for a third consecutive term to extend his 14 years in office.

The Nicaraguan ambassador to the OAS, Luis Alvarado, called the resolution “interference against Nicaragua and its internal election process.”

The OAS urged Nicaragua “to implement without delay legislative and other measures consistent with applicable international standards to promote transparent, free and fair elections in November, including welcoming OAS and other international election observers.”

Ambassador Alvarado responded to the body’s request by calling the OAS an “irrelevant, discredited microorganism.”

Fashion designer Jean-Paul Gaultier is being sued by a museum in Italy, but why?