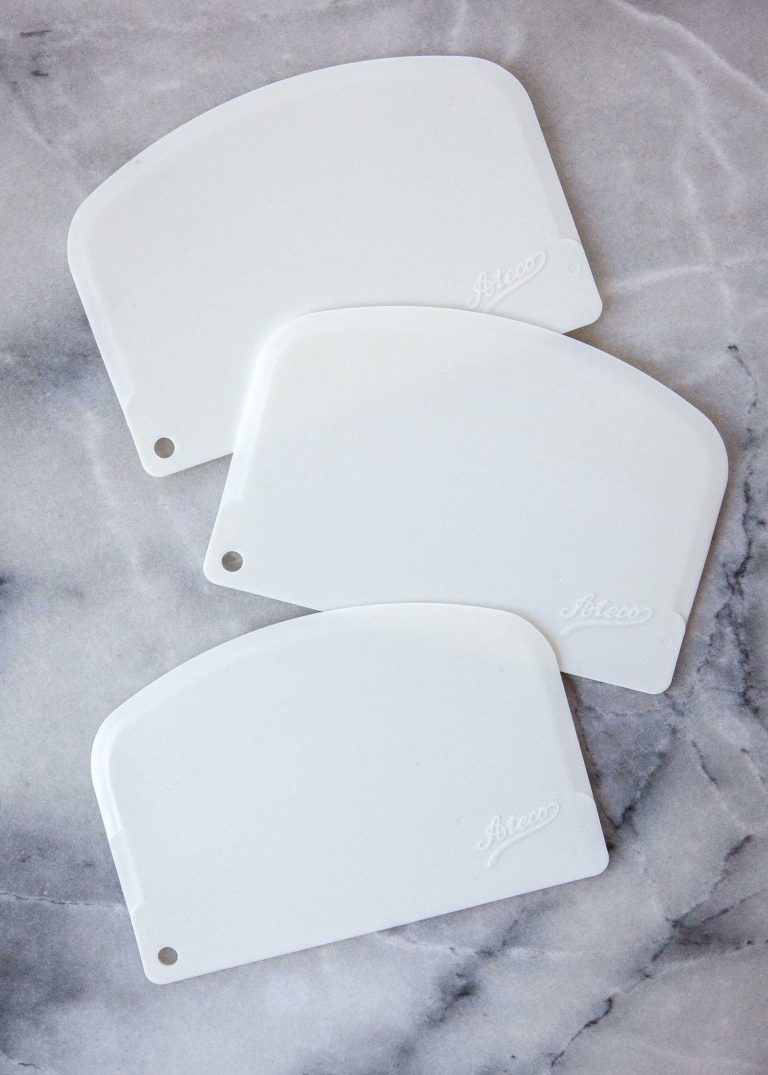 Cheap and versatile, the flexible dough or bench scraper fits into any mixing bowl and can be used in all sorts of handy ways around the kitchen. 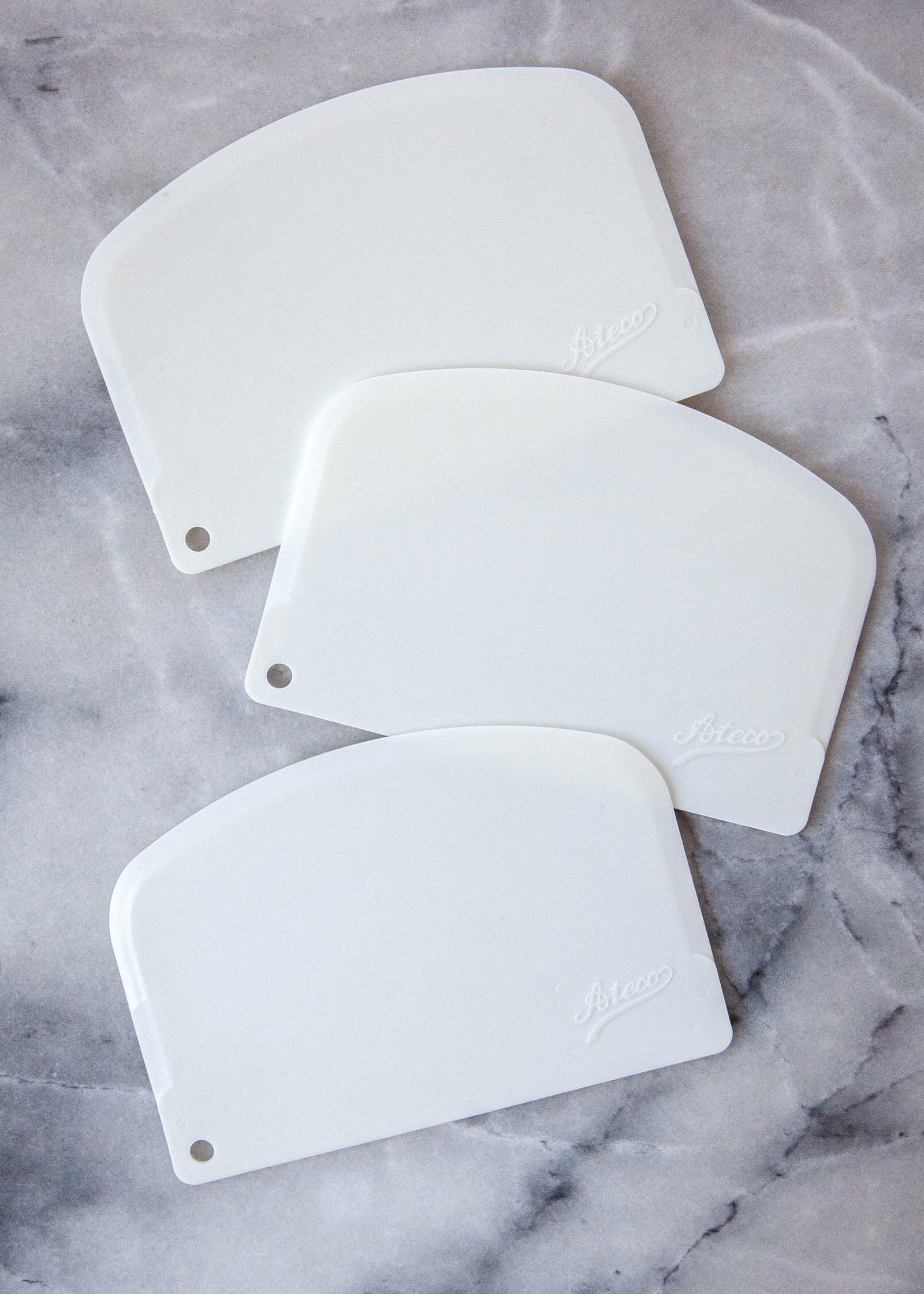 One of the most frequently used items in my kitchen when I bake is a flexible dough scraper (also called a flexible bench scraper or a flexible bowl scraper).

It’s a simple little item, one that functions exactly like its name implies. You use it to scrape dough out of a bowl. But this simple tool is incredibly useful when baking almost anything.

Though large spatulas have their place in my kitchen, when I work with a slightly stiffer bread dough, or one that is sticky, nothing beats a flexible dough scraper.

The flexible plastic enables me to bend it to fit nearly any mixing bowl—tall, deep ones as well as wide, shallow ones. The scraper pulls the dough off the surface of the bowl with minimal effort.

The plastic edges also let me evenly divide the dough and cut through it cleanly without worrying about scratching the surface the dough is on.

Less tools used in the kitchen means easier clean up as well, especially when there are no handles or crevices that might make washing more difficult.

And it goes beyond bread and pizza dough. I’ve used my flexible scraper to scrape out cake and brownie batter into a pan faster and quicker than a regular spatula, which has a tendency to smear the batter instead of scraping it off the sides of the bowl. I’ve used dough scrapers to dump cookie dough into a different bowl if I need to divide it for coloring, and I’ve used it to scrape out pastry dough so I could form it into a disk, wrap it in plastic, and chill it in the fridge.

Beyond baking, I’ve used the scraper to scoop vegetables I’ve chopped and to scrape baked granola into a mason jar. It’s a true multi-use utensil!

Best of all, a set of 6 is under $7, meaning you can have a bunch of them floating in your kitchen drawer, taking up minimal spice for a minimal price. Having a few of them means you don’t have to worry if you lose one in the drawer, if you accidentally toss it in the sink and then realize you still need to use it, or if one wears out and you need to recycle it.

Once you have a set of these in the kitchen, you’ll wonder how you ever lived without them.


This post may contain links to Amazon or other partners; your purchases via these links can benefit Simply Recipes.
Read more about our affiliate linking policy.