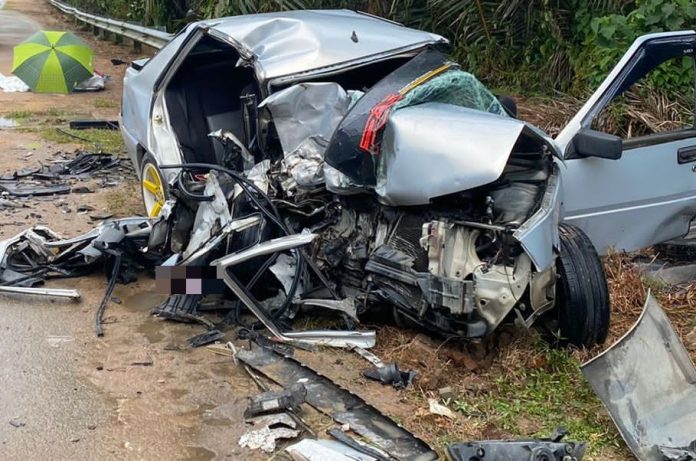 Kota Tinggi OCPD Supt Hussin Zamora stated that the incident happened at about 11am on Sunday (July 10) when a driver misplaced management of his automobile, a foreign-registered car from a neighbouring nation.

He stated the automobile, which got here from Kota Tinggi and was headed to Sungai Rengit, skidded to the alternative lane and rammed into one other automobile.

“An SUV that was behind the second automobile was unable to cease in time and collided into the automobile in entrance.”

He added that the driving force of the second automobile, a 35-year-old man, suffered critical head accidents and died on the scene.

“Three different victims in the second automobile between the ages of 5 and 31 sustained accidents however the 36-year-old driver of the SUV was unhurt.

“Meanwhile, 4 different victims, foreigners between the ages of 9 and 48 have been additionally injured. All injured have been despatched to the Kota Tinggi Hospital for additional therapy,” he stated, including that the case was being investigated below Section 41(1) of the Road Transport Act 1987.