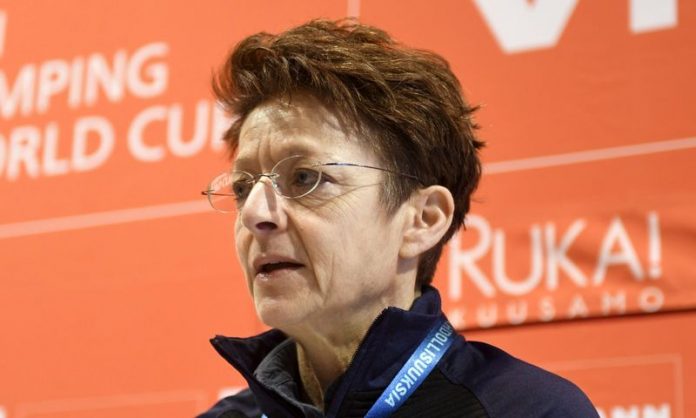 (Reuters) – The International Ski Federation (FIS) could have a woman at the helm for the first time in its 97-year history when members vote on Friday for a new president to replace long-serving Swiss Gian-Franco Kasper.

Briton Sarah Lewis is one of four candidates, and the only woman, on the list for the election which will be held virtually due to the COVID-19 pandemic.

Lewis went from insider to outsider after the Swiss-based federation abruptly dismissed her as secretary-general after a confidence vote last October. She had worked for the FIS since 1994.

Lewis, who is British, was nominated by the Belgian ski federation while Eliasch, who has dual Swedish and British nationality, has been put forward by Britain’s GB Snowsport.

Arjes is currently a vice-president of the FIS.

The 59-year-old worked with Johnson during the politician’s time as Mayor of London.

International Olympic Committee (IOC) member Kasper has been president since May 1998 and was re-elected for a sixth four-year term in 2018. He took over from the late Marc Hodler, who was in charge from 1951.

His successor will not automatically become an IOC member, although the last two presidents have been.

(Reporting by Alan Baldwin in London, editing by Pritha Sarkar)

Apple to delay launch of podcast subscription service until June

Football: Soccer-Brazil score twice in first half to beat Peru 2-0

We hid in the cellar as the Falklands were invaded