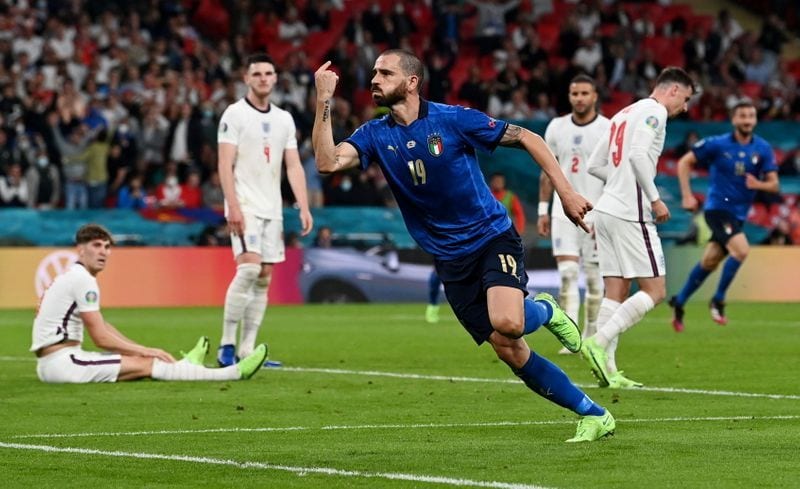 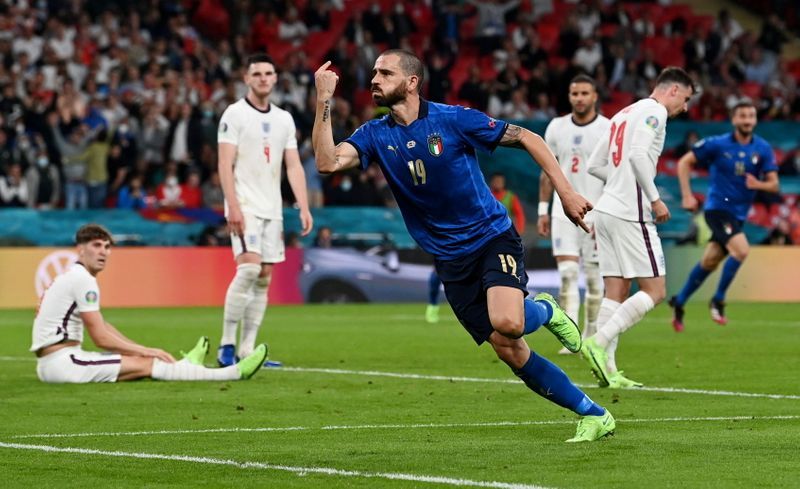 (Reuters) – While bottles of Coca-Cola and Heineken were hid from view by Cristiano Ronaldo and Paul Pogba at the European Championship, Italy defender Leonardo Bonucci could not get enough of the sponsors’ offerings on Sunday, taking big swigs of both drinks as he spoke to media after their victory over England.

Italy trailed England after Luke Shaw’s early strike in the final at Wembley Stadium but Bonucci scored the equaliser before his team went on to win 3-2 in a penalty shootout following extra time.

Bonucci won European soccer governing body UEFA’s star of the match award and arrived at a news conference with his trophy in one hand and the two beverages in the other, taking drinks of one then the other as he answered questions.

Earlier in the tournament, UEFA responded to Portugal forward Ronaldo’s removal of a Coca-Cola bottle at a news conference by telling teams they had contractual obligations towards tournament sponsors.

Ronaldo moved the bottles aside as he sat down to speak to the media before Portugal’s Group F opener against Hungary.

The 36-year-old held up a bottle of water and said “Agua” in Portuguese, making headlines. After the snub – which was viewed by millions – stock in the drinks company dipped 1.6%, losing about $4 billion in value.

A day later, France midfielder Pogba, who is a Muslim, removed a bottle of Heineken beer from in front of him after France’s victory over Germany.

“We were special in that we believed right from day one when we all joined up,” Bonucci said.

“There was a different feeling in the air and it’s come to pass, and it’s incredible how, day after day, we never got tired of being together.”

Other Sports: Olympics-Tokyo 2020 chief rules out delay despite pandemic fears