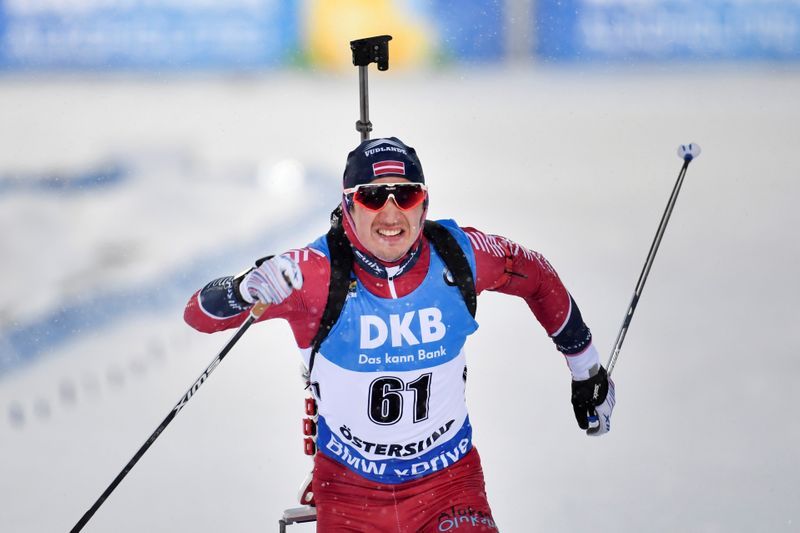 (Reuters) – Latvian biathlete Andrejs Rastorgujevs has been suspended for 18 months after he registered three whereabouts failures in a 12-month period which constitutes an anti-doping rule violation, the Court of Arbitration for Sport (CAS) said on Friday.

Rastorgujevs, 33, registered his first whereabouts failure in October 2019 and a second in June 2020. The CAS Anti-Doping Division was deliberating on the third violation in September 2020.

“The Sole Arbitrator concluded that the athlete had provided incomplete information that did not comply with all the (testing) requirements… and which was not sufficient to locate him for testing,” CAS said in a statement https://www.tas-cas.org/fileadmin/user_upload/CAS_ADD_Media_Release_ADD18-19.pdf.

The CAS reduced the ineligibility period from the maximum of two years to 18 months — from March 11, 2021 when he was provisionally suspended — due to the “lower degree of fault” by Rastorgujevs, who has 21 days to appeal the sanction.

Rastorgujevs won gold at the Open European Championships in January but the Biathlon Integrity Unit said that result will now be disqualified pending any appeal from the biathlete.

Kumail Nanjiani got too buff for Eternals