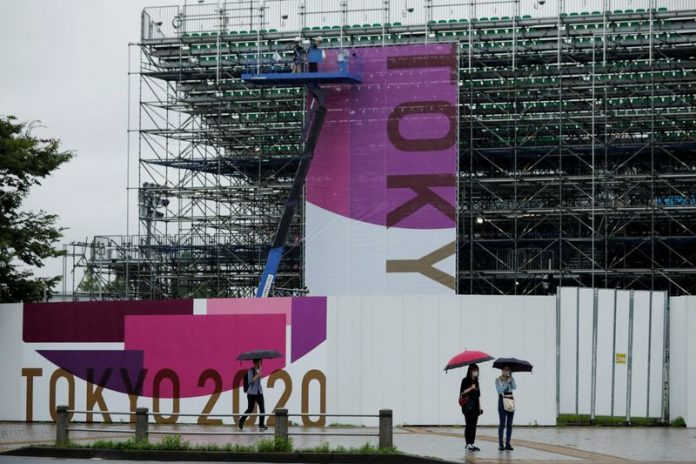 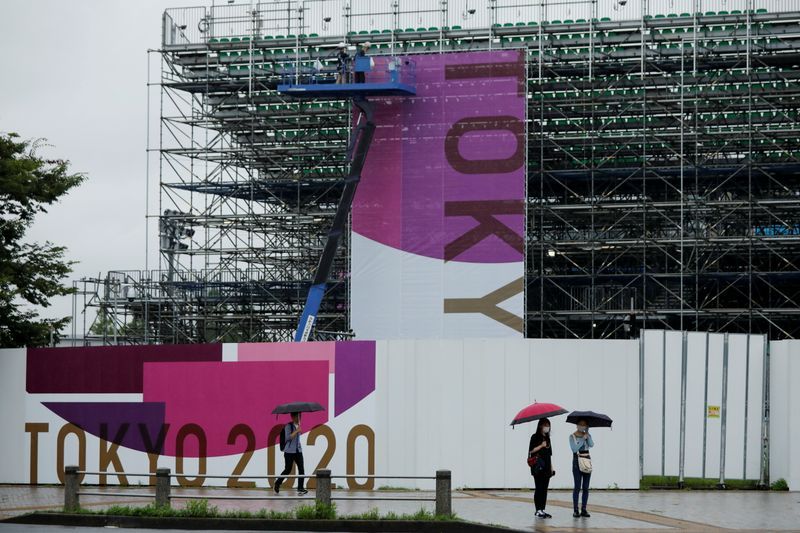 TOKYO (Reuters) – With the clock ticking down to the opening of the Tokyo Olympics on July 23, Japan is preparing to host a Games like no other in history as it grapples with the coronavirus pandemic.

Although the global situation has improved from a year ago, when the Games were postponed for the first time outside times of war, flare-ups of the disease worldwide mean organisers must hold the sporting extravaganza under strict rules to limit the spread of the virus.

Here is a look at the unprecedented conditions under which Tokyo is hosting these Olympics, 57 years after it held its first and so far only summer Games.

Olympic organisers have decided to hold the Games without spectators under coronavirus restrictions as Japan struggles to stem a new wave of infections with a state of emergency for Tokyo that will end after the July 23-Aug. 8 Games.

While recent opinion polls point to a shift towards approval for the Games, earlier surveys showed 60-80% of Japanese would have liked the Games to be cancelled or postponed again.

The Games have already lost meaning and Japan has been “cornered” into pressing ahead, Kaori Yamaguchi, a member of the country’s Olympic panel and a judo medallist, wrote in an opinion piece in June.

By the end of May, a growing number of investors in Japanese stocks believed that cancelling the Games would be better for the market. A Reuters survey at the time found nearly 70% of businesses wanted either another postponement or cancellation.

Japanese Olympics sponsors are cancelling or scaling back booths and promotional events https://www.reuters.com/article/exclusive-at-least-14-sponsors-scrap-sca/exclusive-at-least-14-sponsors-scrap-scale-back-entertainment-plans-for-clients-at-games-source-idUSMT1ALTL3N2OI0O83?edition-redirect=in tied to the Games, frustrated by “very last-minute” decisions by organisers and a delay on determining whether spectators would be allowed, sources told Reuters.

In May, Hiroshi Mikitani, who heads e-commerce giant Rakuten Group Inc, said Japan’s low vaccination rate made it a “suicide mission” to host the Games.

Doctors have warned the Games’ need for medical staff could pressure a healthcare system already under stress due to coronavirus cases, and officials in some areas have said they would not prioritise Olympics-related patients.

Organisers, though, said in late May they had lined up about 80% of the staff needed, with target numbers cut by about a third from 10,000 originally.

Organisers are working with 10 hospitals in Tokyo and 20 outside the capital to ensure a swift response to emergencies.

Repeated warnings on the Olympics from the government’s top medical adviser, Shigeru Omi, have included remarks to parliament in early June that holding the Games during a pandemic was “not normal”.

The World Health Organization said on June 21 it would discuss managing COVID-19 risks with Japanese authorities and the IOC.