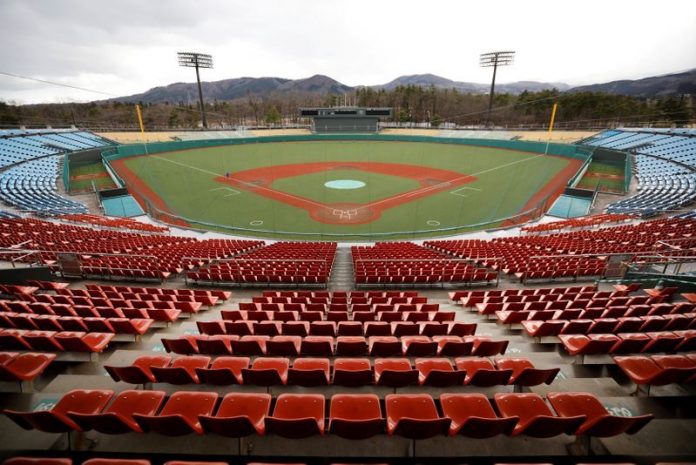 TOKYO (Reuters) – Japan’s Fukushima prefecture will bar spectators from the Olympic events it hosts this summer due to rising COVID-19 infections, its governor said on Saturday, reversing a position announced two days earlier by organisers.

Organisers on Thursday said there would be no spectators in host city Tokyo as a resurgent coronavirus forced Japan to declare a state of emergency in the capital that will run throughout the Games, which were already postponed due to the pandemic.

But they said some spectators would be allowed in Fukushima and several other prefectures outside the capital. On Friday Olympics organisers said soccer matches in Japan’s northernmost main island of Hokkaido would be held without spectators.

The Olympics had been seen as an opportunity for Japan to shine on a global stage after a devastating earthquake, tsunami and nuclear disaster – which destroyed a plant in Fukushima – a decade ago. The Games, postponed last year, have also been hit by massive budget overruns.

Actress Son Ye-jin, who is pregnant, reveals what she has been cooking and eating