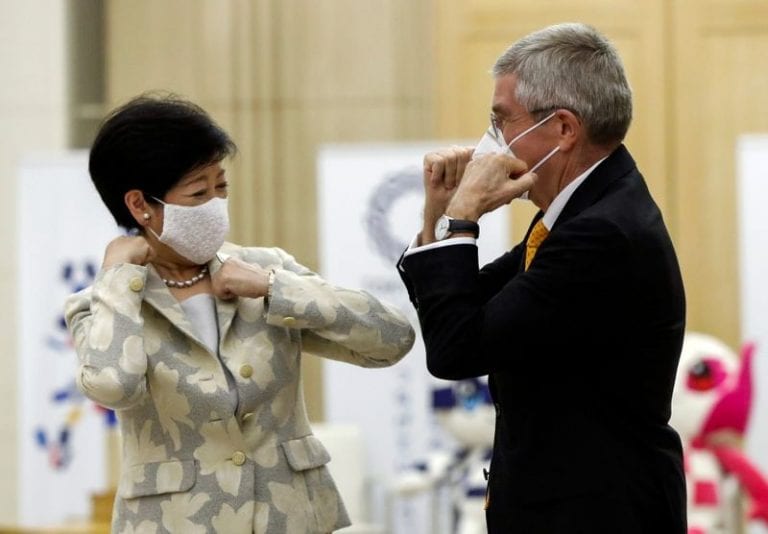 Just over a week before the July 23 opening ceremony, Tokyo reported 1,149 COVID-19 cases on Wednesday, its highest daily tally since Jan. 22.

It is not clear what the IOC chief and Koike will discuss at the meeting, which comes a day after Bach met Japanese Prime Minister Yoshihide Suga.

Postponed last year due to COVID-19 pandemic, the Games have little public support in Japan amid fears about the spread of the virus. Several visiting athletes have tested positive on arrival and a cluster of infections has emerged at a hotel hosting Brazilian team members.

The Russian women’s rugby sevens team are in isolation after their masseur tested positive, the RIA news agency reported on Wednesday, as was part of the South African men’s rugby team after a case was detected on their inbound flight.

Tokyo entered its fourth state of emergency earlier this week amid a rebound in COVID-19 cases that pushed Games organisers to ban spectators from nearly all venues.

Bach said on Wednesday that strict coronavirus measures were in place with high vaccination rates among participants, limited mobility for athletes and support staff, spectators banned and continuous testing.

“This message has to get across. The Japanese people have to gain confidence in this,” he said.