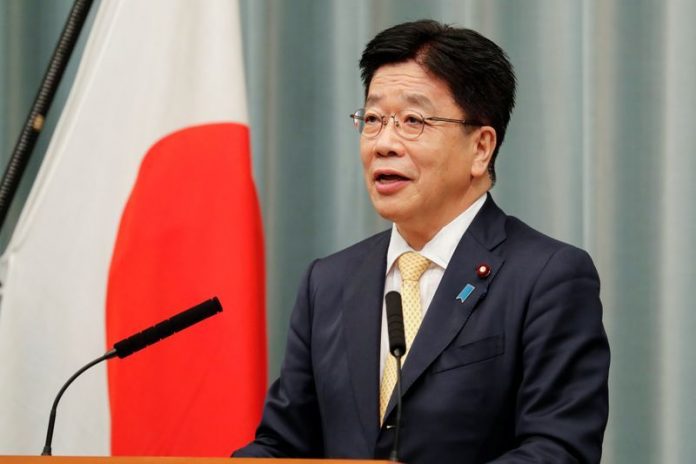 TOKYO (Reuters) – Japan’s top government spokesman rejected South Korea’s protest over a map posted by organisers for the Tokyo Olympics, which marked a set of disputed islands as Japanese territory.

“Takeshima is a territory inherent to Japan in view of historical facts and international laws. We cannot accept South Korean’s protest at all,” Chief Cabinet Secretary Katsunobu Kato told reporters on Wednesday.

The small islands, called Dokdo in South Korea and Takeshima in Japan, have been at the centre of a decades-long territorial dispute between the two countries.

South Korea summoned Japan’s deputy ambassador on Tuesday to protest over the map.