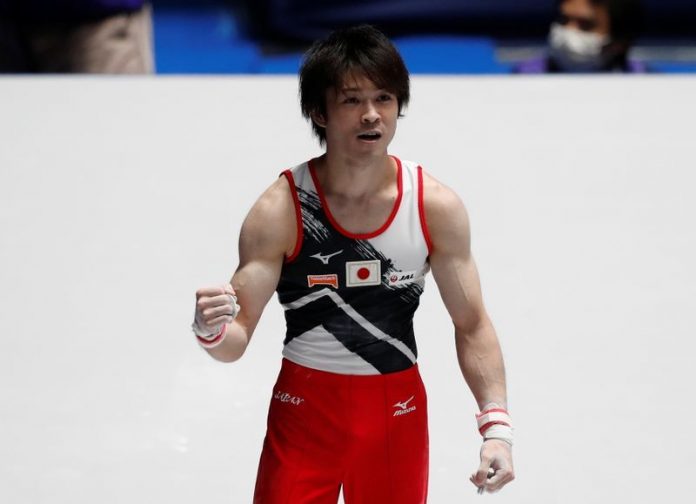 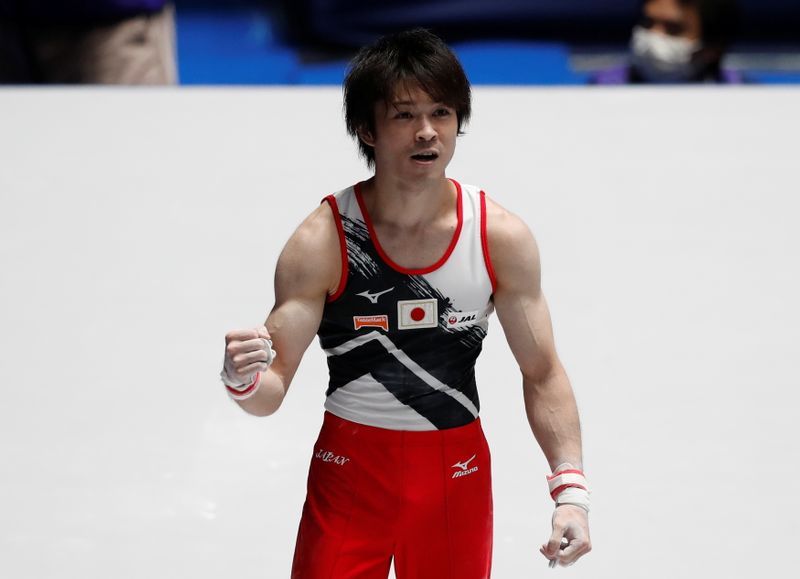 TOKYO (Reuters) – Japanese gymnast Kohei Uchimura, a three-time Olympic gold medalist, is headed for his fourth straight Olympic Games after clinching a place on the national team on Sunday with a tie-breaking point.

Uchimura, 32, long so dominant in the sport he’s been known as “King Kohei,” has opted this time to only compete in the horizontal bar to give his battered body a break, meaning he will not be taking part in the all-around competitions he once ruled.

The holder of a total of seven Olympic medals, at the 2016 Rio Summer Games he became the first male gymnast in 44 years to win back-to-back Olympic all-around titles. He also led the Japanese team to gold.

But injuries caught up with him in recent years and he struggled to stay in shape. He eventually made the decision to concentrate on the horizontal bar alone in order to clinch an Olympic spot, although he confessed that the choice was hard and part of him still wanted to compete on other apparatus.

Squeaking through after being awarded a tiebreaking point, Uchimura said his feelings were complicated.

“My performance wasn’t really one I could accept, and when I finished I thought I wouldn’t be going to the Olympics. But when I was told I would, more than being happy I was thinking ‘is this really okay?'” he told a post-match news conference.

“I don’t feel that after today’s performance, I really deserve to be called ‘King.’ I’ll really need to practice before the Olympics,” he added.

“It was really hard for me, as such an old man, to perform after the New Generation,” he said, referring to fellow team mates roughly a decade his junior. “I may not be part of the all-around team effort but there’s still things I can contribute due to my experience.”

Tengku Zafrul: Malaysia at the cusp of recovery