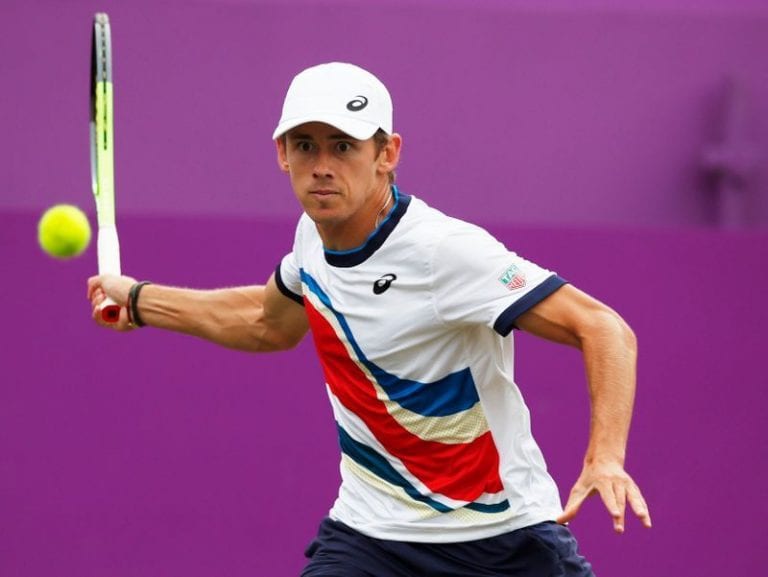 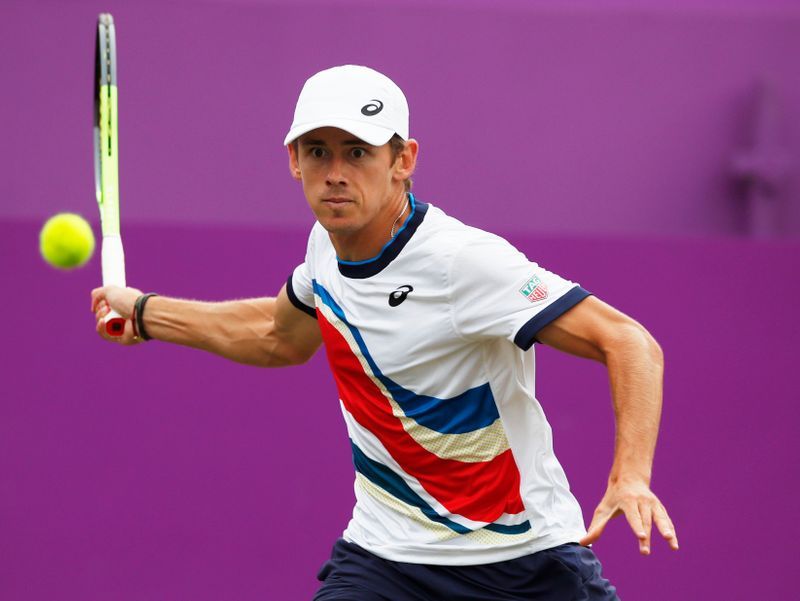 TOKYO (Reuters) – Australian tennis player Alex de Minaur has tested positive for COVID-19 prior to his departure for the Tokyo Olympics, the Australian Olympic Committee said on Friday, the latest athlete to see his Olympics dream shattered by the coronavirus pandemic.

Several COVID-19 cases have emerged in the past week involving athletes and other people involved with the Games, which start July 23, but all have been either in pre-departure or on arrival in Japan.

Athletes started entering the Olympic Village on Tuesday and there have been no reports of virus infections or scares inside the village. Olympic organisers say “bubbles” will protect Games participants and the Japanese public from the virus spreading

Tokyo is under a state of emergency as COVID-19 cases hit a nearly six-month high, but most steps are voluntary and many people have grown weary of complying.

“He said that he’s shattered, not being able to come. It’s been a dream since he was a child to represent Australia at the Olympic Games, but he has sent his very best wishes for the rest of the team.”

The world No. 15 returned two positive test in Spain before he was due to fly to Japan, David Hughes, the AOC’s chief medical officer, told a news conference.

Games organisers have promised that the Games, postponed last year because of the pandemic, will be “safe and secure” and imposed strict testing regimes and limits on delegates activities to try to soothe concerns amongst the general public, many of whom wanted the Games cancelled or postponed again.

Bach said Olympics athletes and delegations had undergone more than 8,000 coronavirus tests, resulting in three positive results. “Risk for the other residents of Olympic village and risk for the Japanese people is zero,” he added.

The Tokyo Games will be held without spectators at most venues, and officials are urging the public to stay home and watch on TV, depriving Japan of its hopes for a Games with pomp and public spectacle.

The Japanese government’s top spokesman, Katsunobu Kato, on Friday declined comment on a media report that Bach had suggested to Prime Minister Yoshihide Suga that if the coronavirus situation improved then spectators should be allowed into stadiums to watch the Games.

Bach was set on Friday to visit Hiroshima, the first city to suffer an atomic bombing, to deliver what organisers have called a message of peace on the first day of an “Olympic Truce”, an ancient tradition to cease hostilities during the Games.

But the visit has proved controversial, with some critics charging the IOC of using it as a publicity stunt.

Japan has not suffered the explosive outbreak seen elsewhere, recording more than 820,000 cases and about 15,000 deaths. But host city Tokyo had 1,308 new cases on Thursday.

The city’s COVID-19 monitoring committee warned the same day that if the pace of contagion picked up as people move around and new, highly transmissible variants spread, the seven-day moving average could nearly double to 2,406 in four weeks.

That would approach the highest levels seen yet in the course of the pandemic.

Japan’s rocky vaccination rollout has also sparked frustration among the public and the municipal authorities that handle much of the programme. An initially slow start gained momentum, only to hit roadblocks due to supply bottlenecks.

Cabinet minister Taro Kono, in charge of the rollout, told an event organised by the Japan’s Kyodo news agency that local governments needed to slow down their programmes as supply was expected to remain limited in the coming months.

Many municipalities are angry that they have had to delay or cancel reservations for shots after being told by the central government to hurry up. “I’m sorry, but please wait a little longer,” Kyodo quoted Kono as saying.