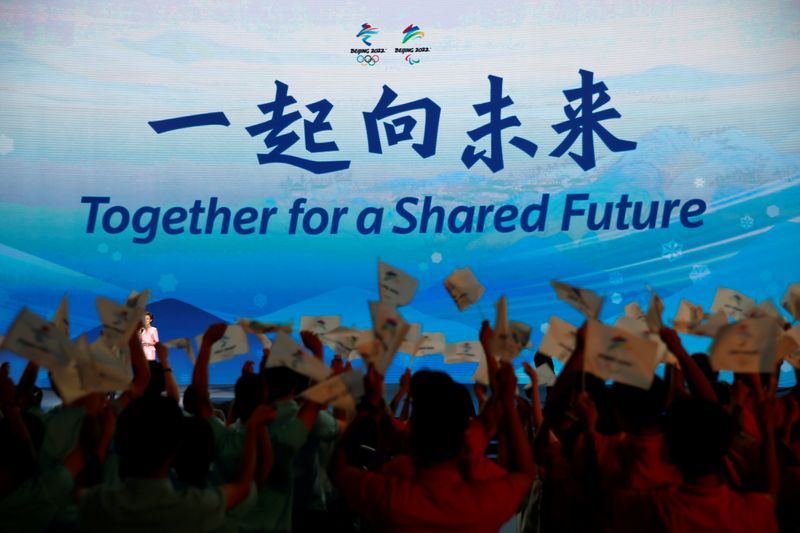 (Reuters) – The Beijing 2022 Winter Olympics unveiled its official motto, “Together for a Shared Future”, during a ceremony at the city’s Capital Museum on Friday.

Chen Ning, director general of Beijing 2022’s Culture and Ceremonies Department, said that the slogan was a commitment towards overcoming global challenges as a community with a shared future for mankind.

The motto was chosen after a lengthy process that included a total of 79 different proposals.

Earlier, International Olympic Committee President Thomas Bach said that the Games would — like Tokyo 2020 — require strict COVID-19 restrictions, with Chen adding that organisers were yet to decide if spectators would be allowed.

The Games will be held from Feb. 4-20, with Beijing set to become the first city to host both the Summer and Winter Olympics.

Individuals have to be assured of their place in Malaysian Household, says Sultan Nazrin

Singapore billionaire and Ronaldo attempt to marry soccer and tech

Greek socialist celebration chief dies at 57 after battle with most...