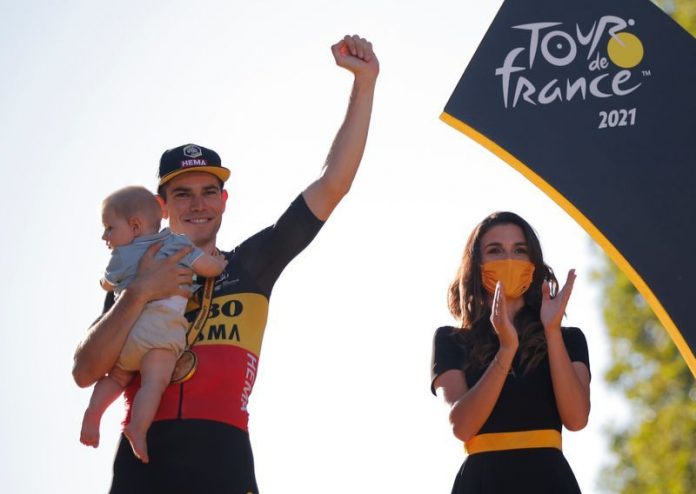 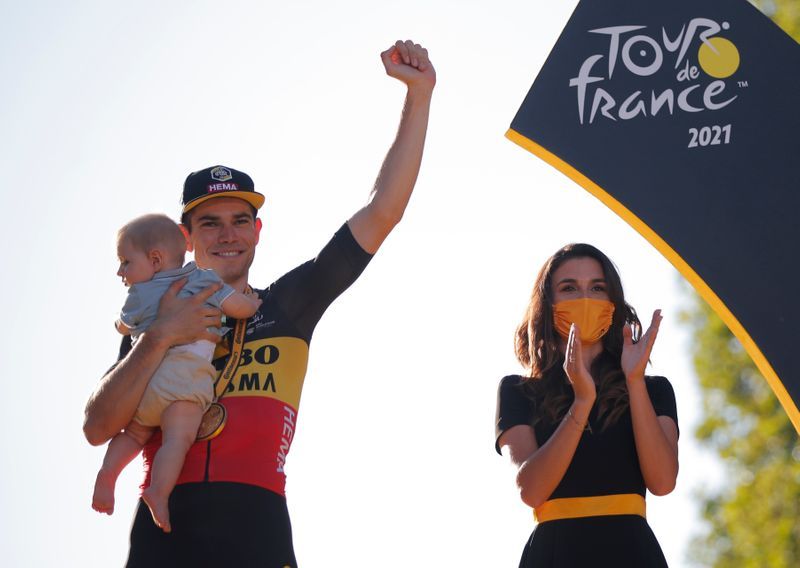 (Reuters) – Belgium’s Wout van Aert arrived at the Olympic Games on Monday one day after winning the last two stages of the Tour de France and said there was not much left in his legs after the gruelling three-week tour.

The 26-year-old will be chasing gold in both the men’s road race and individual time trial but his first priority was recovery, he told Belgian television reporters on arrival.

“At the moment there is not much left in my legs. It was a long journey but I’m glad I’m hear. Luckily I managed to get a chance to sleep (on the plane),” he said.

Van Aert was the winner on the Champs Elysees on Sunday after earlier sending out a strong message about his prowess for the Olympic time trial gold when he won Saturday’s 20th stage, a 30.8-km individual time trial from Libourne to Saint-Emillion.

Then on Sunday, he was first over the line again in mass sprint finish after a 108.4km final stage.

Thereafter followed a dash to Paris’ Charles de Gaulle airport to fly to Japan, along with team mate Greg Van Avermaet, who was the road race gold medallist in Rio de Janeiro five years ago.

“The flight was better than expected, we weren’t stuck long at customs control either. We expected it to be worse,” said the 36-year-old Van Avermaet.

“We made the right decision to fly to Tokyo immediately after the Tour rather than spend a night in Paris. I hope to recover a little bit and get stronger over the next five days. Overcoming the jet lag will be the hardest part and we also have to adapt to the temperatures,” he added.

The men’s road race is on Saturday and the individual time trial next Wednesday.

Malaysians can now use border pass to enter Thailand – three days, must be...

Jaguar Land Rover teams up with Nvidia – future cars from 2025 to feature...