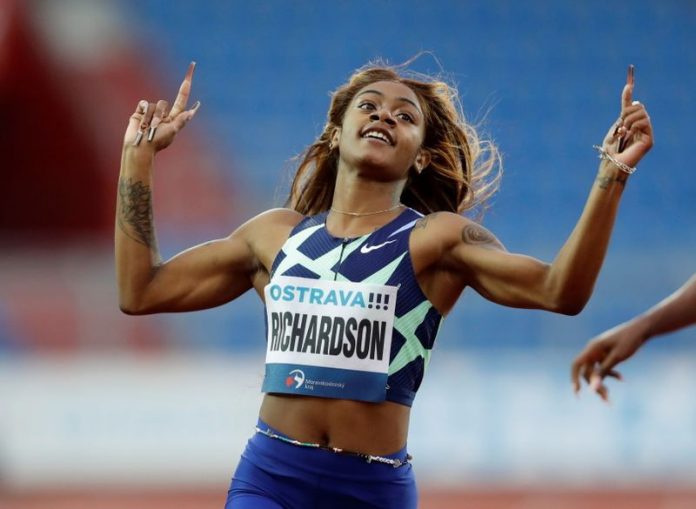 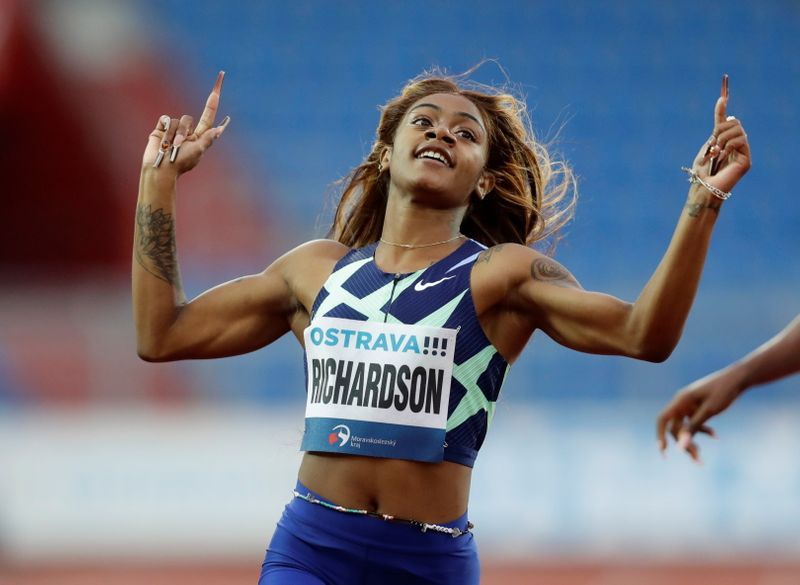 (Reuters) – The White House on Wednesday said it may be worthwhile to review anti-doping rules in sport after American sprinter Sha’Carri Richardson tested positive for cannabis use.

USA Track & Field (USATF) on Tuesday declined to select Richardson to the relay team for the 2020 Olympic Games in Tokyo after she accepted a one-month ban for the prohibited substance, which she said she used to cope with the death of her mother.

The 21-year-old was expected to be one of the biggest draws in Tokyo but is unable to compete in the individual 100m event as her suspension wiped out her win at the trials. Selection for the relay team was her only remaining hope of competing at the Games.

“We know the rules are where they are, maybe we should take another look at them,” White House Press Secretary Jen Psaki said in a CNN interview, adding that President Joe Biden had paid particular attention to her after the tragedy she endured.

“We certainly have to respect the role of the U.S. Anti-Doping Agency (USADA) and the U.S. Olympic Committee and the decisions they make,” said Psaki. “But it is sad, and we do wish her luck and look forward to seeing her running, running as the fastest woman in the world, and for years to come.”

USATF said on Tuesday that its “heartfelt understanding lies with Sha’Carri” but that in order to “maintain fairness” for other athletes it had declined to select her for the team.

Horseman and hero: who is Argentina’s 21st century gaucho?