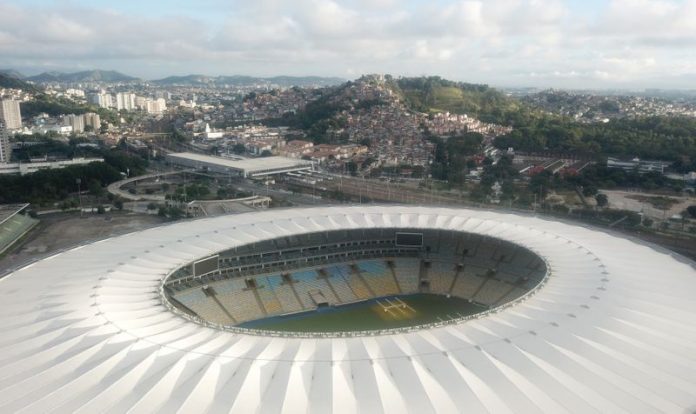 RIO DE JANEIRO (Reuters) – Rio de Janeiro officials will limit attendance at the Copa America soccer final between Brazil and Argentina at the Maracana on Saturday to 6,500 spectators, or 10% of the famed stadium’s capacity, the mayor’s office said on Friday.

Only those invited by South American soccer federation CONMEBOL will be allowed to attend, the mayor’s office said in a statement, and all attendees will be required to present a negative COVID-19 test before entering the stadium.

At the beginning of the year, CONMEBOL managed to secure invites to the Copa Libertadores final in the Maracana. At the time, attendees were seen visibly violating social distancing rules, which led to fines from the municipal government.

The city said attendees will be spread throughout the entire stadium this time, instead of concentrated in one section.

The Brazilian government has drawn widespread criticism among public health experts and a large proportion of the public for hosting the Copa America, even as the country has yet to get the coronavirus pandemic under control.

Some 140 people associated with the tournament had tested positive for the virus by late June.

Modern and colourful, fashion in Malaysia reflects the diversity of its people