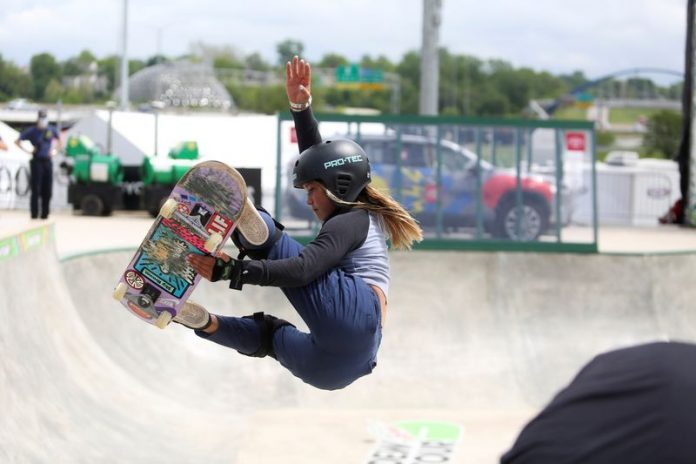 TOKYO (Reuters) – The debut of skateboarding at the Tokyo Olympics will be yet another sign that an activity once embraced as a symbol of counter-culture has firmly joined the mainstream.

Skateboarding joins surfing and sports climbing at the Tokyo Olympics this summer with organisers and broadcasters hoping the new events will draw new and younger audiences to the Games.

Yuto Horigome, the 22-year old street skater aiming for gold this summer, said in March that he hoped the sport’s addition would improve its reputation in Japan, where skateboarding is still widely viewed as a public nuisance.

“When I started skateboarding I never imagined it would become an Olympic sport,” Horigome added.

Unlike more traditional Olympic events, park and street skateboarding competitions will be accompanied by loud music and held at a new course built on Tokyo’s waterfront. Four gold medals are up for grabs at this summer’s Games.

Though the Olympics will give skateboarding a shiny new spin, the sport’s history is embedded in counter-culture.

Skating is thought to have originated in the U.S. in the 1950s, with surfers riding wooden boards attached to rollerskate wheels on days when they could not catch waves.

In the 1980s and 90s, skateboarding was further popularised by indie videos of teenagers skating empty pools and desolate parks. More than just a sport, skateboarding is part of a subculture that has influenced everything from art to fashion.

With its inclusion into the Olympics, some worry that skateboarding will stray further from its non-conformist roots, while others say the event would elevate young women athletes in a still male-dominated sport.

Japan is expected to rule both the park and street events, with Horigome returning to his hometown to go head to head against American phenom Nyjah Huston, who the Japanese skater narrowly beat in a street competition in June.

Also in focus will be the line-up of formidable teen skaters like Sky Brown and Kokona Hiraki from Britain and Japan respectively, who are set to wow the crowd with their aerial tricks.

Twelve year-old Brown, who won bronze at the 2019 World Skateboarding Championship, told Reuters in April she had fully recovered from a life-threatening fall last year and spent the pandemic preparing for Tokyo.

“It just made me feel like I want to push harder, go stronger and show that even if you fall, you’ve got to get back up,” she said.