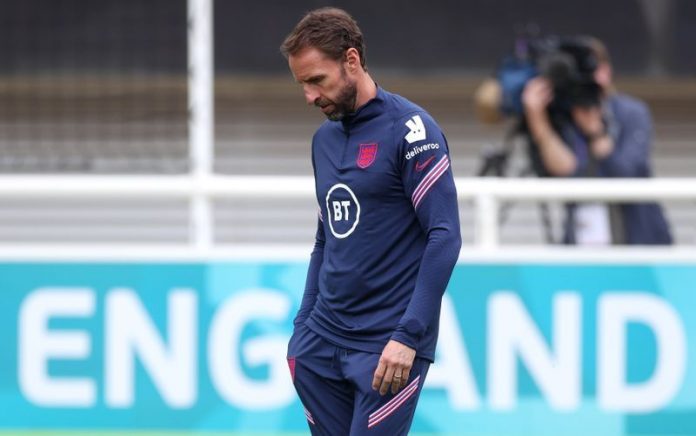 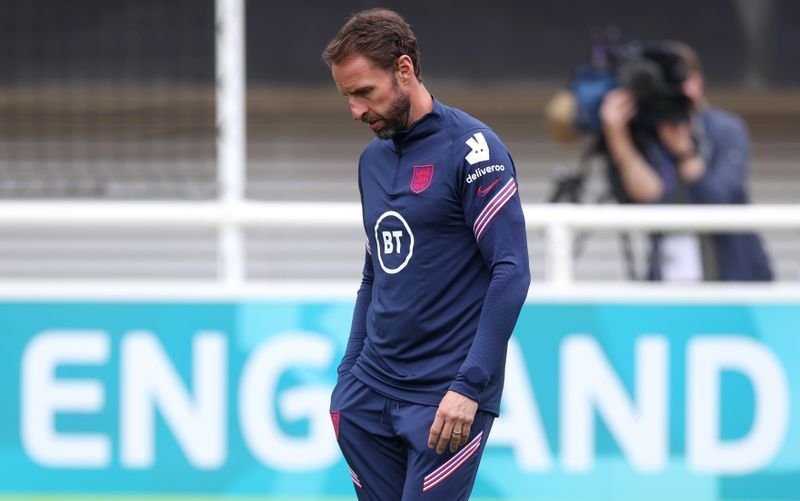 (Reuters) – England manager Gareth Southgate said his players should not be “football snobs” and can feel comfortable about hitting long balls out of defence if the opposition is pressing high up the pitch at the European Championship.

England kicked off their Euro campaign with a 1-0 win over Croatia on Sunday and the game featured a first-half disagreement between defender John Stones and goalkeeper Jordan Pickford.

Stones wanted to build from the back, while Pickford preferred to play it long towards forward Harry Kane.

“I think they were just deciding (what to do),” Southgate said after Sunday’s win. “We give them possible patterns depending on how the opposition are pressing.

“There was a spell where we went long and we just talked about that at halftime. We didn’t want to do that every time. But there are moments to go longer. We’ve got a centre forward (in Kane) who wins more (than) his share of the ball.

England face Scotland, who lost 2-0 to Czech Republic in their opener, in their next Group D game on Friday.