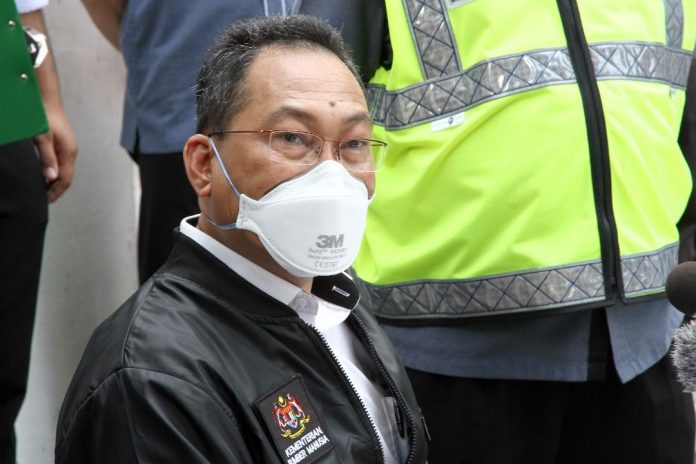 JOHOR BARU: A total of 4,267 labour-related complaints have been received by the Human Resources Ministry through its Working for Workers (WFW) mobile app.

Its Deputy Minister Datuk Awang Hashim said that the complaints were filed by both local and foreign workers from all over the country since the launch of the platform in May this year.

“The highest number of complaints are on employers not allowing workers to work from home, which is about 1,878 cases.

“This is followed by complaints on delay in salary or not paying salary at all, involving some 1,013 cases.

He said this in a press conference on Saturday (July 3) after an operation at a factory and a workers hostel here on Johor Baru.

The WFW mobile app was launched by the ministry on May 3, in conjunction with Labour Day this year.

The WFW app enables workers to lodge labour-related complaints, as well as provide suggestions and recommendations in preserving their rights and interests.

On a related matter, Awang also noted that a total of 109,809 workers’ hostels nationwide involving 20,371 employers have been checked by the ministry.

“To date, a total of 793 investigation papers have been opened under the Workers’ Minimum Standards of Housing and Amenities Act 1990 (Act 446).

“From that number, a total of 125 of the cases have been brought to court for conviction where fines of about RM431,000 have been paid,” he said.