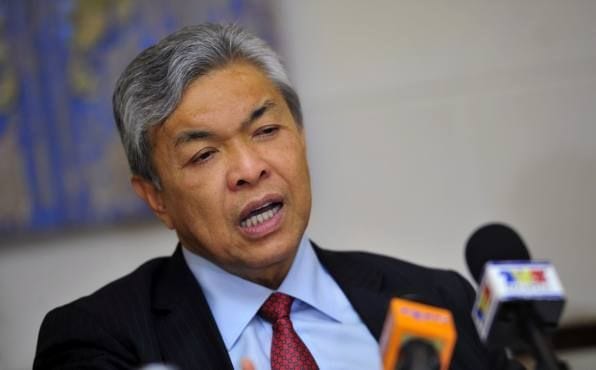 “I am not sure what the link is between 40% of the population getting two doses of the vaccine and only then reconvening Parliament.

“It is estimated that this will happen in September or October this ear.

“Lawmakers have long since received their Covid-19 vaccinations, surely this means that Parliament can convene safely,” the Umno president said in a Facebook post late Tuesday (June 15) night.

Prime Minister Tan Sri Muhyiddin Yassin, in announcing the National Recovery Plan, had said on Tuesday that Parliament can reconvene in the third phase of the plan.

“I wish to give my commitment that the parliament meeting can be held in this phase, around September or October, with tight standard operating procedures (SOPs) in place,” Muhyiddin said in a televised address.

Ahmad Zahid, who is also Bagan Datuk MP, said that Parliament can also reconvene virtually like many other countries around the world.

“The Perikatan Nasional government’s decision to reconvene Parliament in the third phase of the National Recovery Plan does not make sense.

“What is more confusing it has been announced that all economic sectors will be allowed to operate, except activities listed in the negative list during the third phase,” he said, questioning whether Parliament would be listed under the “negative list”, which refers to activities that have a high risk of Covid-19 transmission.

The list, he said, included spas, beauty salons and pubs, which would be allowed to open under phase three only if their staff were vaccinated.

“Does this mean that Parliament, the country’s highest symbol of democracy, is on the same negative list as pubs, spas and beauty salons?” the Umno president asked.

Ahmad Zahid stressed that Parliament should be allowed to reconvene as soon as possible.

They challenged Myanmar’s junta. It cost them their lives