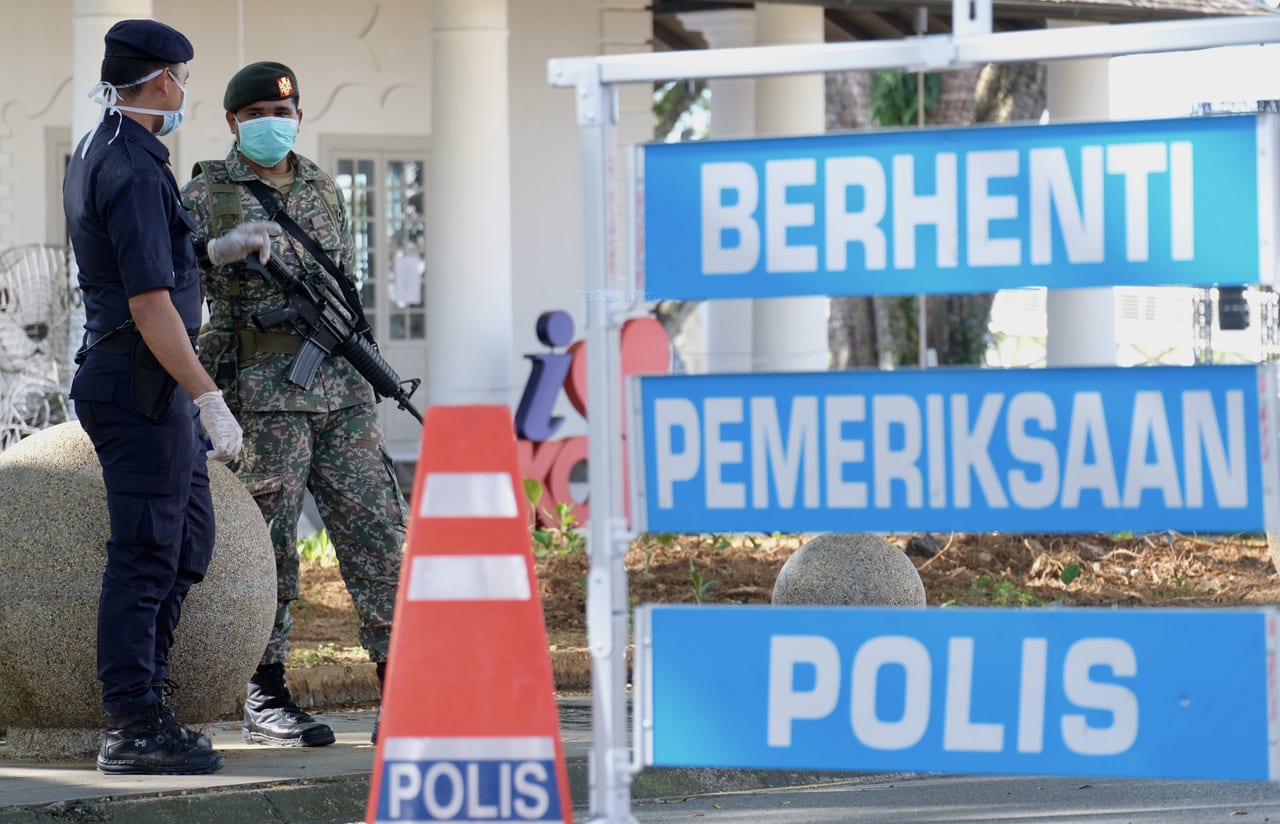 KUALA LUMPUR: The Royal Malaysian Police (PDRM) will reduce roadblocks from Monday, and will focus on enforcement of social distance compliance as well as curbing the entry of illegal immigrants and smuggling activities.

This is in line with the Government’s Conditional Movement Control Order (CMCO) today which gave some flexibilities compared to the previous MCO.

Inspector-General Of Police Tan Sri Abdul Hamid Bador said several roadblocks would also be shifted to locations that were found to be the entry routes for illegals and smuggling activities.

“In line with the government’s recent directive, the PDRM and the Malaysian Armed Forces (ATM) will increase their control to the main routes which were identified as being used by the human smugglers to bring in illegal immigrants.

“The routes will be strengthened with new roadblocks which are tightly guarded to ensure the spread of the Covid-19 outbreak can be curbed in accordance with the directive of the MCO,” he told Bernama yesterday.

Abdul Hamid said PDRM welcomed the government’s decision to allow the operations of almost all sectors of the economy during the MCO but (PDRM) would continue to monitor all activities to ensure social distancing was followed.

Today, Prime Minister Tan Sri Muhyiddin Yassin in a special message on Labour Day said most economic and social activities would be allowed to operate from May 4, subject to the stipulated standard operating procedures (SOPs). – Bernama