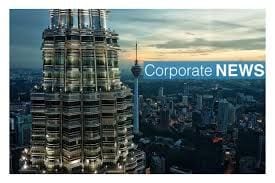 (PICB) is selling its German logistics centre in Falkensee for 81mil euros or RM399.33mil which will see it realise a one-off gain of RM184.83mil, confirming a StarBiz story about the stationery maker selling some of its assets overseas.

In a filing with Bursa Malaysia on Thursday, the stationery manufacturer said it was selling the warehouse including an office to HWE Investor GP S.à r.l. which is part of the Hillwood Group headquartered in Dallas, Texas.

PICB it had had entered into a conditional sale and purchase agreement with HWE’s units HE4 Falkensee 1 S.à r.l. and HE4 Falkensee 2 S.à r.l. to dispose of its logistics centre, Germany.

The property was part of an asset owned by a company which was acquired by PICB in April 2010 for about 45mil euros (about RM221.85mil).

Based on PICB’s audited consolidated financial statements for the FYE 2020, the group is expected to realise an estimated one-off gain of RM184.83mil.

“The proposed disposal will enable the group to unlock capital resources from being tied up as long term assets and realise the value of the property at a fair market value whilst strengthening its financial position.

“The disposal consideration will be mainly used for the Group’s working capital requirements, rewarding the shareholders through special cash distribution, further reorganising its operations internally and for partial repayment of its bank borrowings, thereby enhancing overall profitability and lowering its financing cost, ” PICB said.