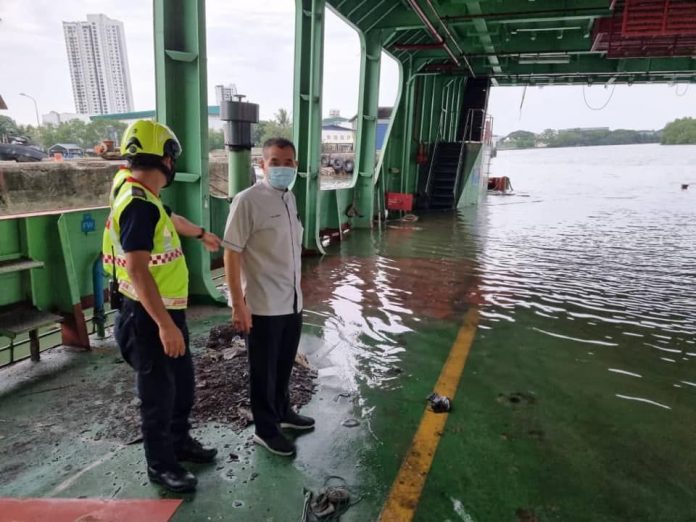 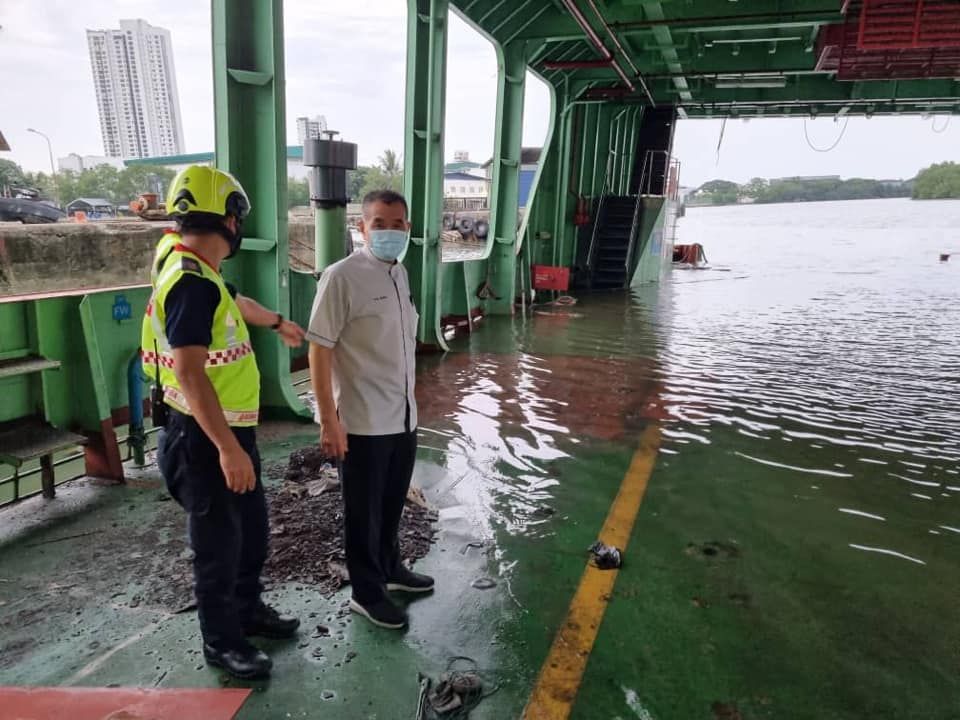 GEORGE TOWN: Penang port authorities have started pumping water out of a Penang ferry whose base was immersed in water, said Datuk Tan Teik Cheng.

The Penang Port Commission (PPC) chairman said a contractor will assist in pumping out the water and repair the holes to allow the ferry to refloat.

Tan was commenting on pictures of an old Penang ferry whose base was immersed in water and were being shared on social media.

“The old Penang ferry, which has been unable to operate and berthed at Bagan Dalam river, had a hole in it, causing the water from the river to flow into the machine room.

“The base of the ferry was almost fully immersed in water.

“After receiving the notice on Saturday (June 5) afternoon, I immediately went to inspect the situation.

“According to the preliminary investigation, there was a hole in the hull, which caused the river water to flow into the ferry’s machine room.

“PPC and Penang Port Sdn Bhd have started pumping water out of the ferry and we will appoint a contractor to assist in the pumping process and repair the holes to allow the ferry to refloat, ” he said in a Facebook post on Saturday (June 5).

Tan explained that the ferry is actually old and inoperable, so it can no longer be used to carry passengers and transport vehicles.

“We have decided to turn the ferry into a museum.

“Once the repair works are completed, the ferry will be handed over to the appointed management company and moved to the Tanjung City Marina on Penang Island, where it will be displayed as a museum in the future, ” he said.

Starting Jan 1,2021, Penang’s ferry service saw a new era of efficiency and reliability via two fast boats for foot passengers, while one of the old ferries was retained for two-wheeled vehicles only.

The first cross-strait ferry service started in 1894, making it the oldest such service in the country. The fleet had been replaced many times over the years.

Steamships of various sizes were first used and after WWII, even army tank landing crafts from the Allied Forces were modified into ferries.

The previous fleet of boxy, double-deck ferries was commissioned between 1971 and 2004.

The sole ferry of the last fleet will be in use for the two-wheelers because many motorcyclists prefer to avoid using the Penang Bridge during bad weather to avoid crosswinds.