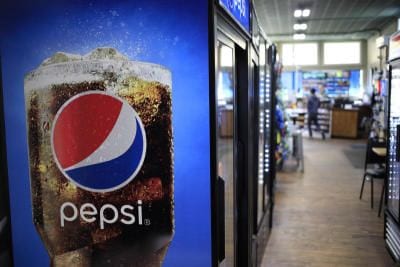 BENGALURU (Reuters) – PepsiCo Inc raised its full-year earnings forecast on Tuesday, betting on surging demand for its sodas as pandemic-weary people flock to theaters, restaurants and stadiums after being stuck at home for more than a year.

The company’s shares rose 2% to US$152.25 in premarket trading as the vaccine-aided reopening of public venues across the United States helped boost North America Beverage sales 24% in the second quarter.

Net revenue from beverage sales to schools, restaurants, stadiums and other such businesses in North America doubled in the quarter. Beverage sales overseas also improved, with PepsiCo saying it recorded double-digit organic revenue increases in emerging markets like Mexico, Brazil and India.

Overall net revenue rose 20.5% to US$19.22 billion in the quarter ended June 12, above expectations of US$17.96 billion, according to IBES data from Refinitiv.

Excluding items, the company earned US$1.72 per share, above estimates of US$1.53 per shares.

PepsiCo’s Frito-Lay North America snacks unit also reported a 7% increase in net revenue, despite expectations that business would slow as people ventured outside their homes again and spent less on snacks.

The company said it expects fiscal 2021 core earnings per share to increase 11%, compared with prior forecast of a high-single-digit increase. It forecast full-year organic revenue to rise 6%.

PepsiCo said it would also expand a productivity program that would introduce more automation in different markets and optimize its manufacturing processes and supply chain, resulting in expected pre-tax charges of about US$3.15 billion. The program’s prior cost estimate was about US$2.5 billion.