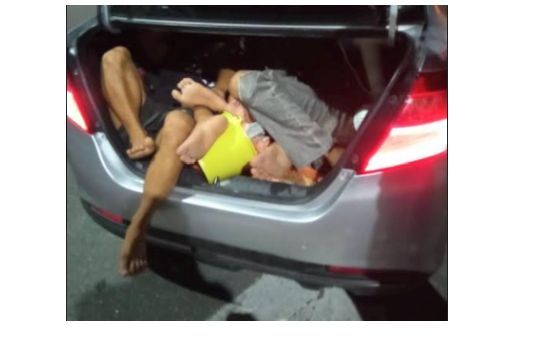 IPOH: A 36-year-old rental car driver’s attempt to smuggle three Indonesians in the trunk of his car was thwarted by the police in Hutan Melintang, about 106km from here.

Hilir Perak OCPD Asst Comm Ahmad Adnan Basri said the suspect had behaved suspiciously at a roadblock on Jalan Feri at about 6am on Tuesday (July 20) and was asked to stop by the roadside for inspection.

“After the policemen identified themselves, they proceeded to check the vehicle.

“They found the three Indonesian men cramped inside the trunk of the car,” he said in a statement.

“The driver, who is from Selayang Baru, also did not have any documents to cross states.

“He is believed to have driven to Hutan Melintang from Sabak Bernam, Selangor, and was headed towards Batu Gajah,” ACP Ahmad Adnan said.

“The suspect is believed to have been paid RM300 for all three men to look for jobs as farmhands,” he added.

He said the suspect has been arrested under Section 55E of the Immigration Act for smuggling and harbouring foreigners.

“The Indonesians were arrested under Section 6(1)(c) of the same Act for failing to produce valid travel documents.

“They will also be investigated for crossing states without permit,” he said.

The driver, added ACP Ahmad Adnan, would be remanded for four days while the Indonesians would be detained for 14 days to help in the probe.

Kimlun to set up sukuk Murabahah programmes of up to RM800mil