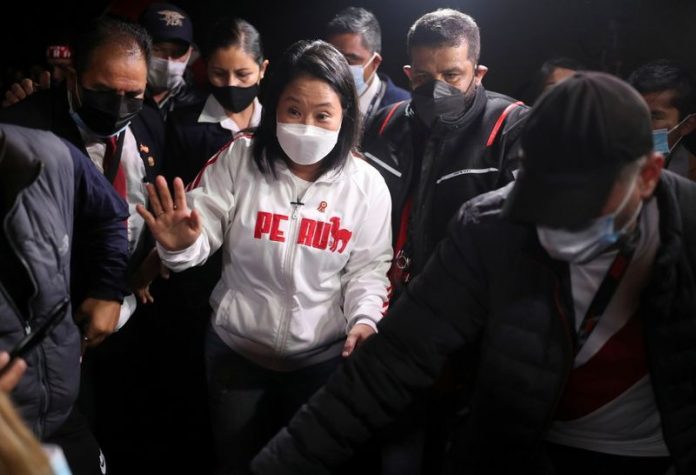 LIMA (Reuters) – Peruvian right-wing candidate Keiko Fujimori conceded defeat in the Andean country’s presidential election on Monday, but lashed out against socialist rival Pedro Castillo as having won in an “illegitimate” manner and pledged to mobilize her supporters.

Castillo came out of the June 6 run-off vote ahead by a narrow margin of 44,000 votes, but the official result has been delayed for weeks by appeals from Fujimori aimed at annulling some ballots over alleged fraud, despite little evidence.

Peru’s electoral authority said earlier on Monday it would announce a winner of the election this week after it tossed out the last appeals by conservative Fujimori.

Biden to hold video call with Putin on Tuesday about Ukraine – U.S. source