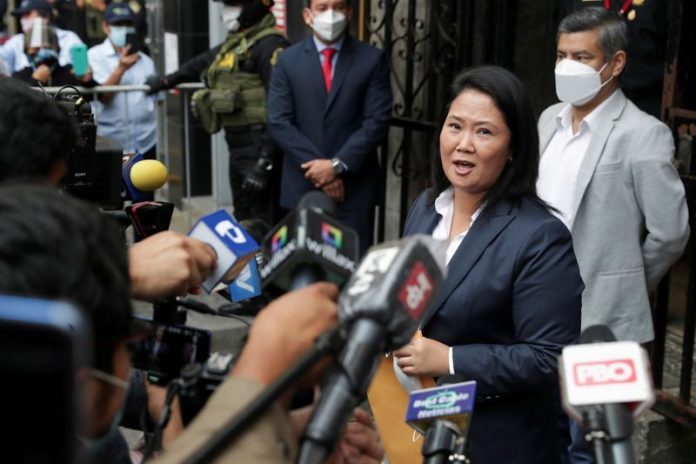 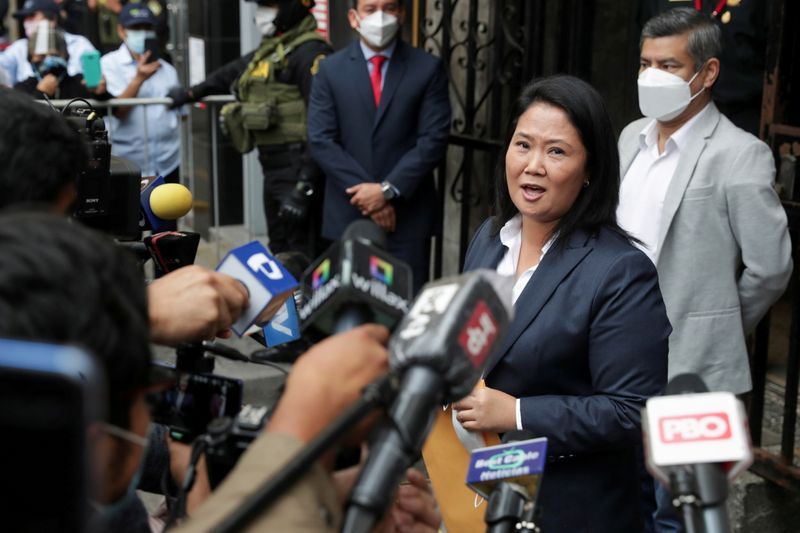 LIMA (Reuters) – Peru’s government on Friday evening rejected a request by presidential candidate Keiko Fujimori to seek an international audit of its June 6 election, leaving her with few recourses to overturn the apparent lead over her rival candidate Pedro Castillo.

The Minister of Justice, Eduardo Vega, explained in a letter sent to Fujimori, a conservative and the daughter of the imprisoned ex-president Alberto Fujimori, that legally the government cannot intervene while the country’s electoral jury reviews her claims of alleged irregularities.

Fujimori has alleged fraud, though failed to provide public evidence of such, and sought a recount of ballots as well as international intervention.

She reacted to the news saying that outgoing president Francisco Sagasti had “abdicated his great responsibility to guarantee clean elections” by rejecting the request.

“Despite this great disappointment, our struggle is not over,” Fujimori added.

She had sought for the Organization of American States (OAS) to conduct an audit, a process it carried out following the elections in neighbouring Bolivia in 2019 which returned long time president Evo Morales to power. The OAS cited irregularities in that poll, prompting Morales to step down and fresh elections to be held.

The OAS has said it sees no issue with the Peru poll.

According to the official tally Castillo, a teacher and union leader whose rapid ascent has rattled the political system of the world’s second-largest copper producer, won the election with a margin of 44,000 votes.

The National Elections Jury is at present reviewing contested ballots, a task that will be completed by mid-July, according to a source at the body.

Step out in style with these new shoe trends