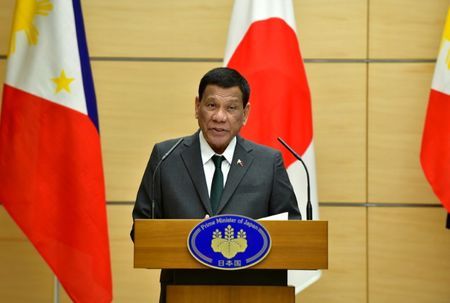 MANILA (Reuters) – Philippine President Rodrigo Duterte will not cooperate with an investigation of the southeast Asian nation’s drug war killings planned by the International Criminal Court (ICC), his spokesperson said on Tuesday.

“We will not cooperate because we are no longer a member,” Harry Roque told a news conference. Duterte cancelled the Philippines’ membership of the ICC’s founding treaty in March 2018.

An ICC prosecutor sought authorisation on Monday to open a full investigation into the killings, saying crimes against humanity could have been committed.