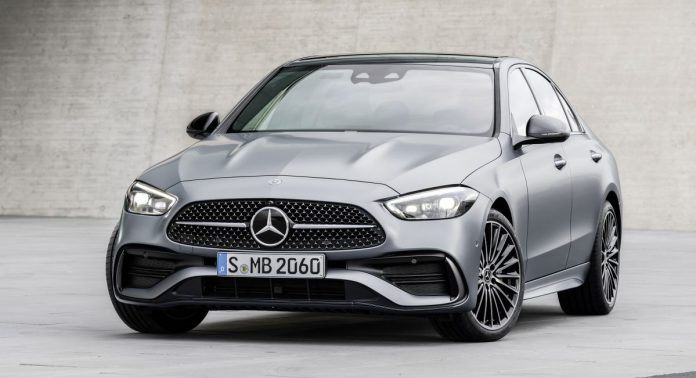 Daimler AG CEO Ola Kallenius has gone on record to defend plug-in hybrid vehicles from climate groups who claim that PHEVs are “fake electric cars, built for lab tests and tax breaks, not real driving.” Activists say these PHEVs are mostly driven in non-electric mode, which can sometimes make their CO2 emissions higher than regular combustion engined cars due to the extra weight from the battery pack.

In an interview with Automotive News Europe, Kallenius said the latest technologies in plug-in hybrid cars offer far greater range than their predecessors, meaning they will be driven in fully electric mode a lot more frequently than before.

“When it comes to plug-in hybrids, we are now on the third generation of those cars, but a lot of the talk about them is still based on data from the first generation where the batteries were smaller and the range was shorter,” he said. The latest W206 Mercedes C-Class (pictured above) has a massive 25.4 kWh battery pack that provides up to 100 km of zero emissions range, doubling that of the W205 C 300 e.

Now that PHEVs ship with larger batteries, customers can use them in the spirit as they were intended. “Many customers can drive back and forth to work for the whole week in full electric mode,” Kallenius said, adding that those who use the Mercedes me app can opt to share their fuel consumption data to see how they fare in real-world driving. Mercedes-Benz is also actively trying to change people’s driving behaviours by gamifying the eco-driving graphics in the instrument cluster, which it hopes will encourage more drivers to chase for ‘high scores’.

There could be a competitive edge to this, where drivers try to outdo one another, but the goal is to make sure the discrepancy between individual fuel consumption during real-world driving and the certification numbers achieved during testing is within the same ballpark.

Hyundai Europe CEO, Michael Cole also defended PHEV tech. Using the latest Tucson as an example, the plug-in SUV offers up to 56 km of fully electric range on a single charge. which is “probably more than enough to cover the daily commute of most people in Europe,” he said. “I still think the technology offers a CO2 reduction in real terms, with a lot of customers using it to travel emissions free a good share of the time under the right conditions.”

Use of trading account by younger brother to buy shares not an issue, says...