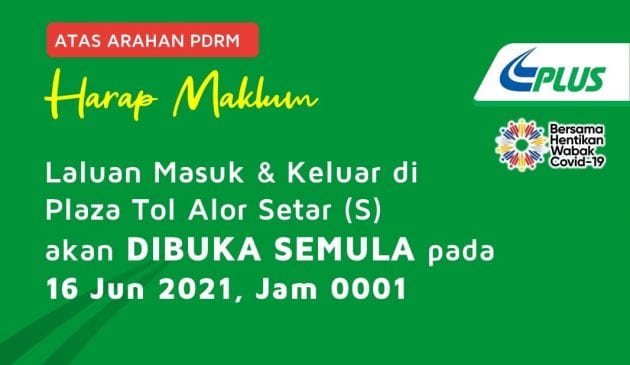 PLUS has announced that the Alor Setar Selatan toll plaza will be reopened on June 16, from midnight today. This is after the North South Highway operator received the green light from the police to do so.

The Alor Setar (S) toll plaza has been closed to traffic in both directions since May 19, under orders from the PDRM. The reason behind the toll plaza closure then was the declaration of enhanced movement control order (EMCO or PKPD) for 28 mukim in Kota Setar, Kedah. The EMCO for the area was called after a sudden spike in Covid-19 cases.

Those who had to get in and out of Kedah’s state capital have been using the Alor Setar Utara interchange, which had remained open throughout.