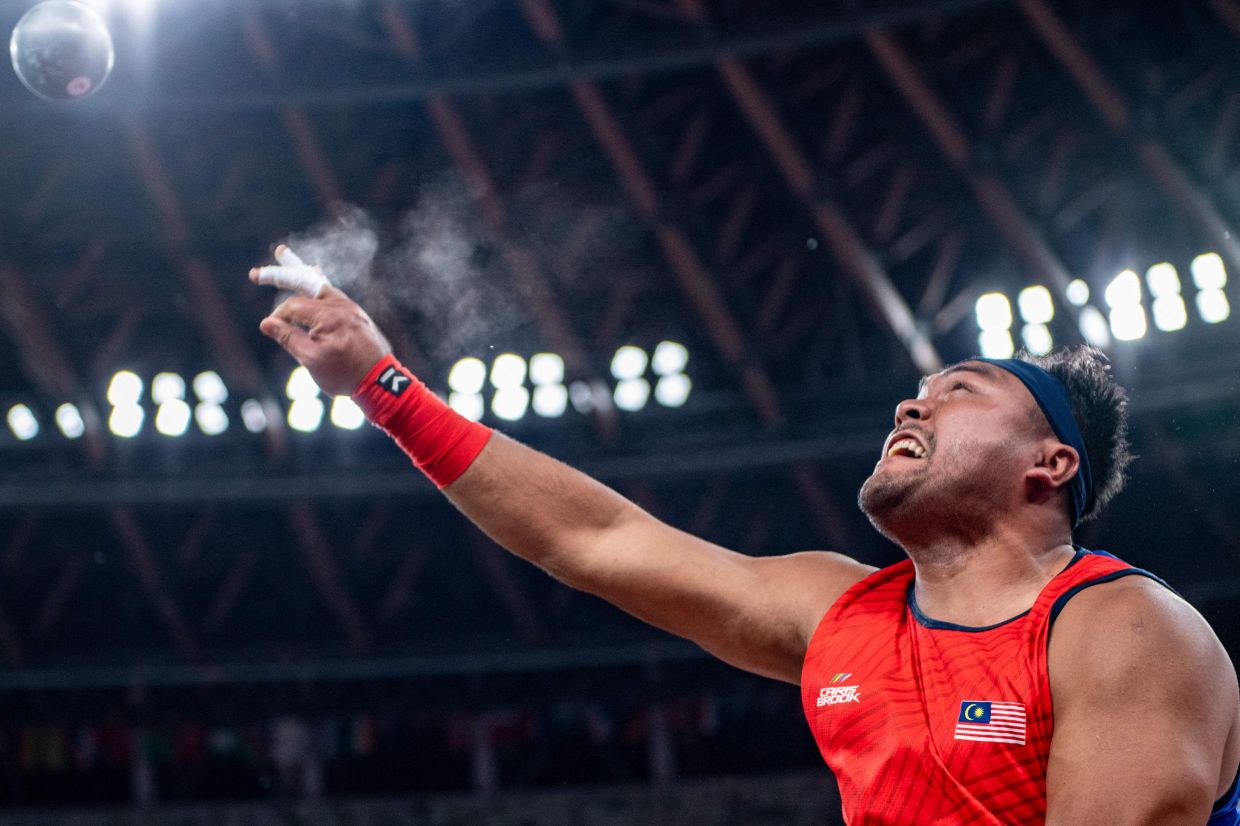 In a Facebook post, Ismail Sabri said along with the Malaysian Family, he was proud of Muhammad Ziyad’s outstanding performance.

“To Ziyad, you remain the champion in our hearts, breaking the world record is an extraordinary thing! The Malaysian family and I are very proud of you! Let us all pray that the gold medal victory remains in the hands of Malaysia #malaysiaboleh #letlogicprevail,” he said.

Despite breaking his own world record twice in the event held at the Tokyo Olympic Stadium and leaving his rivals trailing, Muhammad Ziyad was cruelly robbed of the gold medal when a protest by the Ukrainian camp was lodged against him.

Earlier, Muhammad Ziyad thought he had managed to defend his gold medal from the 2016 Rio Paralympics when he hurled the shot put to a distance of 17.31m with his very first attempt to break his previous world mark of 17.29m set at the 2017 World Para Athletics Championships in London.

Then, in his third attempt, he threw it even further to 17.94m to leave his rivals trailing in his wake.

Then disaster struck as Ukraine lodged a protest with the technical committee, who then disqualified Muhammad Ziyad and two others – Jordi Patricio Congo Villalba of Ecuador and Australia’s Todd Hodgets – for supposedly being late to enter the call area.

Malaysian Chef de mission Datuk Seri Megat D Shahriman Zaharudin then lodged a protest with the Tokyo Paralympics technical committee regarding Ziyad’s status as did not start (DNS) although the athletes had completed all his throws in the final.

The Ecuador and Australia team officials also joined Megat D Shahriman to lodge a protest with the technical committee, but the disqualification stood.

Ukraine’s Maksym Koval was announced as the gold medallist with a throw of 17.34m, breaking Muhammad Ziyad’s world record set in London.

Another Ukrainian, Oleksandr Yarovyi took silver with a throw of 17.30m while Greece’s Efstratios Nikolaidis (15.93m) settled for bronze.