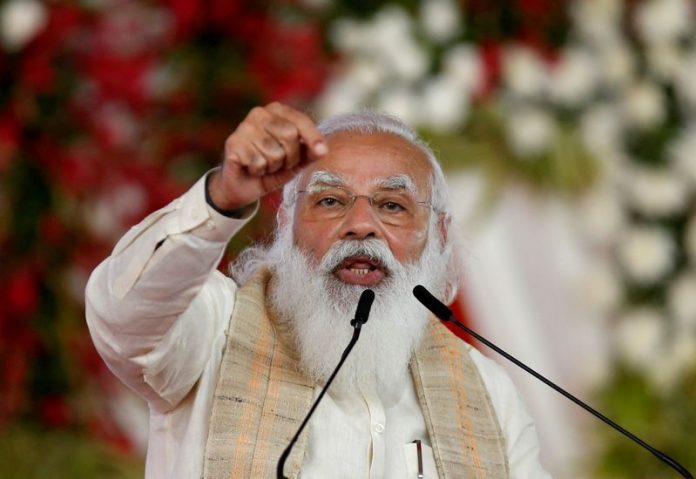 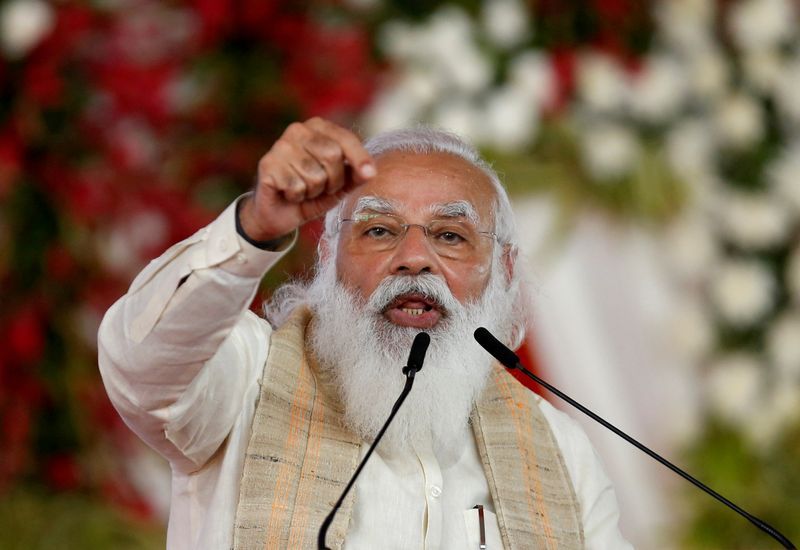 NEW DELHI (Reuters) – Indian Prime Minister Narendra Modi’s approval ratings have fallen to a new low, a survey showed on Tuesday, as the country struggles to contain a devastating second wave of the coronavirus pandemic.

Modi, who swept to power in 2014 and was re-elected in 2019 with the biggest majority of any Indian leader in three decades, has long fostered the image of a powerful nationalist leader.

But India’s COVID-19 caseload surged past 25 million this week, exposing a lack of preparation and eroding Modi’s support base, according to U.S. data intelligence company Morning Consult’s tracker of a dozen global leaders.

Modi’s overall ratings this week stand at 63%, his lowest since the U.S. firm began tracking his popularity in August 2019. The big decline happened in April when his net approval dropped 22 points.

That sharp fall came as the pandemic appeared to be overwhelming large urban centres such as Delhi, where hospitals ran out of beds and life-saving oxygen and people died in parking lots, gasping for breath.

Bodies piled up in morgues and crematoriums and anger grew on social media over the suffering and perceived lack of government support.

The situation has since eased in Delhi and Mumbai as cases have fallen but the virus has penetrated deep into India’s vast hinterland where public health facilities are weaker.

“The people of India — or at least the vast majority — have… come to the conclusion that they have to rely only on themselves, and their families and friends, to protect their lives,” said P. Chidambaram, an opposition leader.

“In the battle against COVID-19, the state, especially the central government, has withered away,” he said.

Modi’s government has said it is doing its best to tackle the “coronavirus storm”, calling it a once-in-a-century crisis.

A survey among urban Indians by polling agency YouGov this month showed public confidence in the government’s handling of the crisis has plummeted since February when the second wave began.

Only 59% of respondents at the end of April believed the government was handling the crisis ‘very’ or ‘somewhat’ well, down from 89% a year earlier during the first wave, it showed.

Modi does not face a national election until 2024 and despite the criticism he faces, the opposition is yet to mount a credible challenge to his authority, political analysts say.

'I love talking to people about where the food comes from'