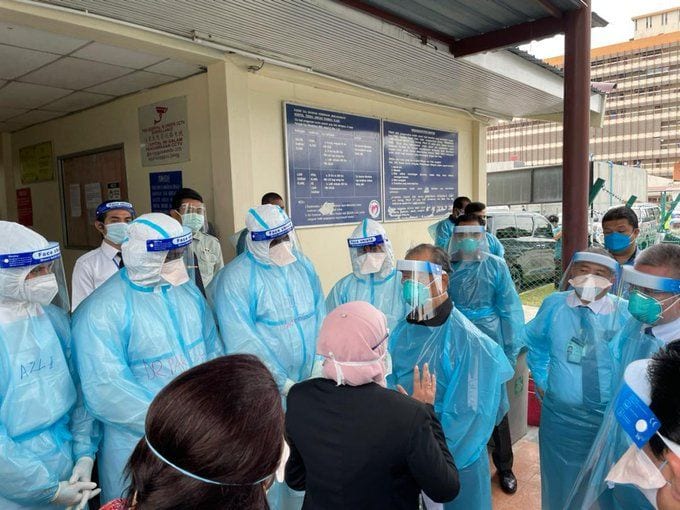 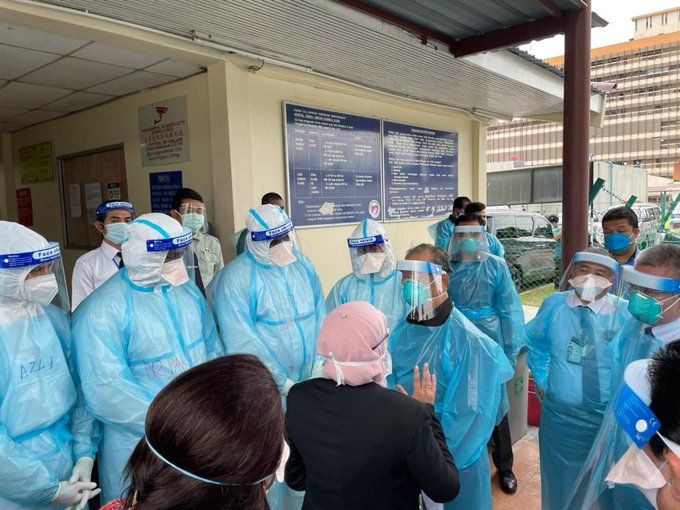 PETALING JAYA: Tan Sri Muhyiddin Yassin visits the Hospital Tengku Ampuan Rahimah (HTAR) in Klang in what is his first public appearance since he was hospitalised in Kuala Lumpur for an infection of the digestive system.

Donning a face mask, shield and a semi PPE, the Prime Minister visited the Forensics Department at the hospital on Tuesday (July 13).

Pictures from Bernama showed that he was listening to a briefing by forensic expert Dr Nur Ayutimasery Abdullah during his visit.

On June 30, Muhyiddin was hospitalised due to an infection of the digestive system, and his office debunked speculation that he was there on account of a recurrence of a tumour.

Previously, there were reports of the dire Covid-19 situation at HTAR, with patients placed on beds outside the hospital’s Emergency Department due to overcrowding.

More resources have been pumped in to boost the hospital’s operations, with the Health Ministry sending 151 additional beds and MIC donating a container for bodies of deceased patients.

Can Brand Accelerators Save Emerging Labels from the Pandemic? | BoF Professional, This Week...