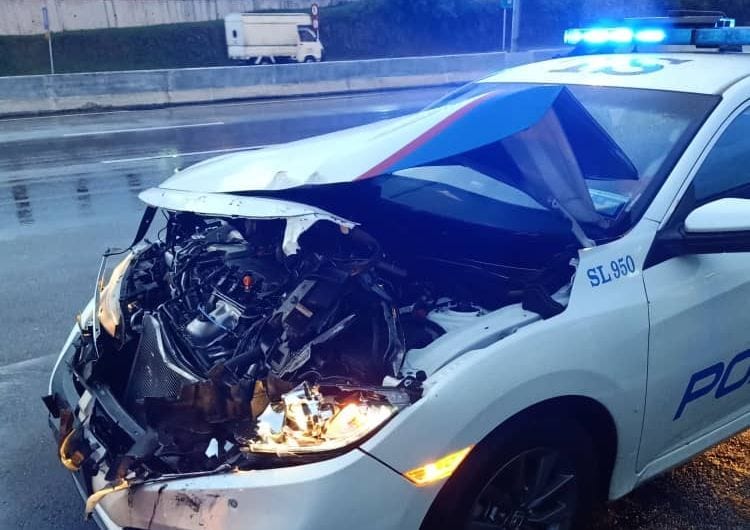 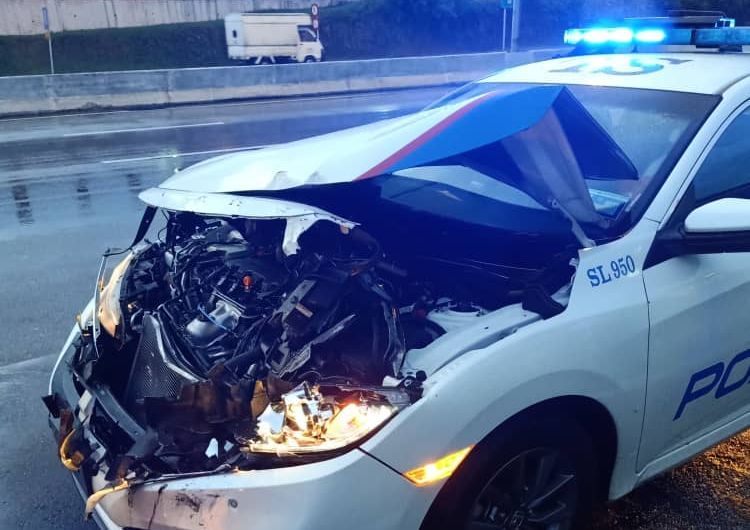 SUBANG JAYA: A police patrol car was badly damaged during a chase with a suspect near the New Pantai Expressway (NPE).

Subang Jaya OCPD Asst Comm Abd Khalid Othman said that the incident on July 10 started after a patrol team was attempting to perform a check on a car near Jalan PJS 7/19.

“The driver tried to drive away suddenly, crashing into the patrol car before speeding off. A car chase ensued where the suspect’s car collided with the patrol car for a second time.

“The second impact led to serious damage to the vehicle, immobilizing it. The policemen involved were not injured during the incident, ” he said in a statement on Sunday (July 11).

Efforts to trace down the suspect are still ongoing.

Checks on the vehicle showed that it had been reported missing on June 21, in Cheras.

The case is being investigated for attempted murder, disobeying orders from a public servant and reckless driving.

“Those with information on the incident are urged to contact the police. All identities will be kept secret, ” he said.

Maybank’s branches will operate by appointment only