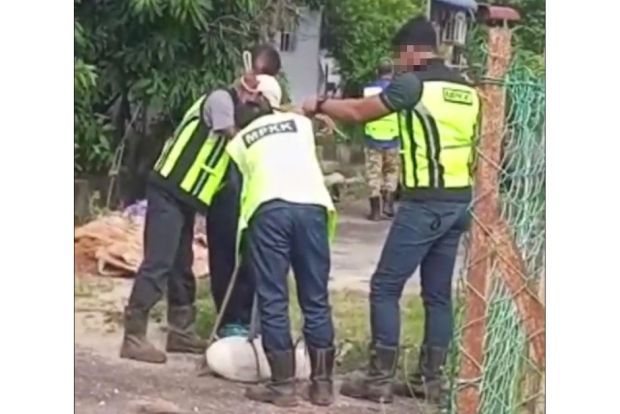 GEORGE TOWN: A 54-year-old businessman has lodged a police report after seeing a video of a dog being killed, allegedly by people wearing local council vests in Kedah.

R. Wilson said the video which has been circulating over WhatsApp.

“A group of men, including some wearing Kulim Municipal Council (MPKLK) vests, were seen hitting a dog with a piece of wood and a metal rod.

“The dog was yelping in pain but they did not stop. After a few minutes, the dog died, ” he said.

Wilson urged the Veterinary Services Department to investigate the matter under Section 29(1)(e) of the Animal Welfare Act 2015.

In a statement posted on Facebook, NGO Lawyers for Animal Rights called for the police and MPKK to investigate the incident under the Animal Welfare Act 2015.

The Star has sighted a copy of the police report made at the Patani Road station in Penang.