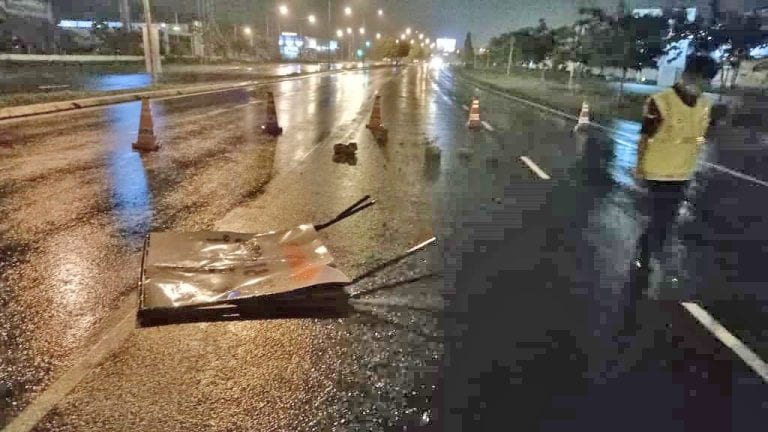 KOTA KINABALU: Police are looking for the driver of a four-wheel-drive after the latter ran over a police roadblock at Kolombong here on Friday.

“The vehicle was heading towards Lintas from the Tuaran Bypass.

“We believed the driver was speeding which caused the incident,” he said yesterday.

Habibi was however thankful that none of the policemen, army and Rela personnel manning the roadblock were injured.

“We are currently investigating the case as well as locating the said vehicle,” said Habibi, adding that the case is being investigated under Section 42(1) of the Road Transport Act 1987 for reckless driving.