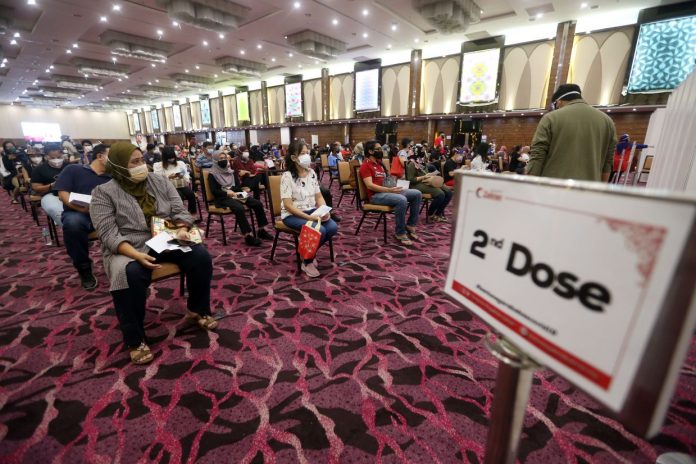 PETALING JAYA: Malaysians have taken to social media to share their thoughts on what they are looking forward to most upon being fully vaccinated against Covid-19.

According to a poll conducted on The Star’s Facebook and Twitter pages, a large majority of respondents said they are simply excited to head into a new normal way of life, which could allow for family visitations, dining out and heading to the movies.

While most of the respondents said they were looking forward to the possible easing of restrictions for fully vaccinated individuals, many maintained that Malaysians should not lose sight of the fight against Covid-19 and reiterated the importance of strict standard operating procedure (SOP) adherence.

The most eagerly anticipated activity, according to the poll which saw over 1,000 responses at press time, was visiting long-separated family members.

For Michelle Kueh, cross-border travel was most important.

“Many families have not had family reunions for more than a year,” Kueh said.

Besides interstate travel for family visitation purposes, Athiah Musa said she hoped that she would simply be able to cross district borders to get to her favourite grocery store, which is located an unfortunate 11km away from where she lived.

If travel was allowed, Athiah also said she would also want to head to the beach again and most importantly, attend her daughter’s convocation ceremony.

The second most popular activity was to dine in at restaurants. Many respondents said they are just tired of being cooped up at home and that a simple meal outside could provide much-needed relief from the fatigue that they are facing at home.

Lee Teik Hoe, who agreed that dining should be one of the eased restrictions, added that a limit should be enforced and suggested that the number be capped at two people per table.

Echoing that sentiment, Athasha Mariana Wong added one could kill two birds with one stone by dining in.

Wong said this could also help some of the struggling eateries that are on the verge of collapsing by providing them with much-needed business.

The third most popular option was to head outside for simple activities such as going to the cinemas, theme parks and shopping.

This was a popular opinion as many associated this with the opening of more businesses and shops which would, in turn, spur the economy.

User @carrotmilk on Twitter said this would be enough and added that public parks and hiking trails should also be opened to those fully vaccinated.

Adding to this, @Azray_han said for him, allowing vaccinated individuals to head to the gyms would be enough for him as this would also help the people to stay healthy.

In agreement, @Whitepalexx said upon being vaccinated, all he would like to do is head back to work or to go to a concert.

US CEO who went viral for firing 900 employees over Zoom to cover insurance...