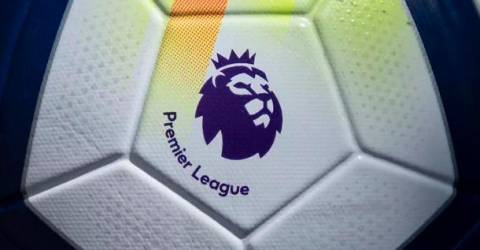 LONDON: The Premier League has announced it will release the fixtures for the 2020-21 campaign on Thursday at 9 am (4pm Malaysian time).

England’s top-tier is set to start on Sept 12 and will be five weeks shorter than last season with its conclusion on May 23, 2021.

The new campaign will be cut because the coronavirus pandemic extended the 2019-20 season into July.

To create space for fixtures the winter break has been scrapped and the league will aim to split two sets of midweek fixtures in January.

The winter break was introduced by the Football Association (FA) last season to benefit England’s international squads in competitions such as Euro 2020, which was postponed by a year due to Covid-19.

Premier League clubs that were involved in the Champions League and Europa League competitions concluded in August will be offered staggered starts.

They include both Manchester clubs City and United along with Chelsea and Wolverhampton Wanderers.

Liverpool go into the new campaign as defending champions for the first time after ending a 30-year wait for a league title in June. – dpa

Alcohol ads online: Yay or nay? Have your say through this online survey