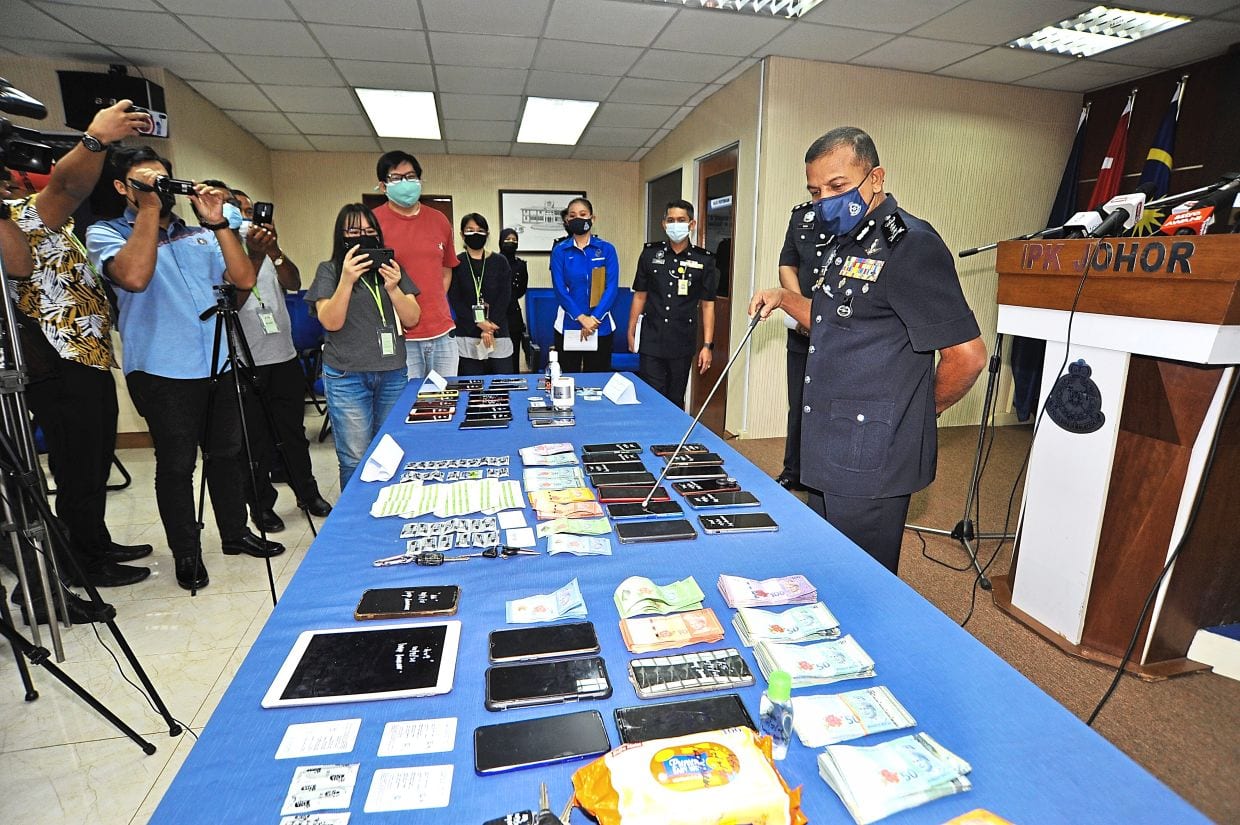 JOHOR BARU: Police have busted a prostitution syndicate in a series of raids on several premises, including budget hotels and apartments, around the state capital.

Sixteen sex workers, 11 of whom are Vietnam nationals, along with four Thai nationals and a local, were detained.

Also arrested in Saturday’s operation were a man whom police believe was the pimp and nine others, including two Indian nationals.

Johor police chief Comm Datuk Ayob Khan Mydin Pitchay said the pimp also provided security at the premises together with a local and the two Indian nationals, while the other six acted as transporters.

He said the syndicate charged between RM200 and RM300 for services.

“Using a social media application, the syndicate would show pictures of the women to customers, who upon making their choice would be given a location.

“Once the customer arrived at the location, he would communicate with the syndicate members and be given the hotel room number and payment was made to the transporter,” he told a press conference here yesterday.

Comm Ayob said each of the sex workers was paid between RM100 and RM120 for a service while the transporters were given between RM4 and RM10 depending on the distance.

“Based on the investigation, the syndicate started operating in May this year,” he said, adding that police also seized several items including 37 mobile phones, three bags that contained 346 condoms, two tubes of lubricant, four cars and RM14,511 in cash.

The suspects, aged between 21 and 54, were remanded to assist in investigations.

In an unrelated case, Comm Ayob said a 31-year-old man had been arrested in Ayer Hitam for allegedly making rude remarks and obscene gestures towards Tunku Mahkota Johor Tunku Ismail Ibni Sultan Ibrahim in a video, which went viral on social media.

He said the man, who works as an assistant fruit seller, was arrested under the Sedition Act on Sunday night following 10 reports lodged against him.

The man has a previous criminal record for offences under Section 506 of the Penal Code for criminal intimidation and Section 427 for committing mischief in 2017 and 2020.

Sabah out of red zone