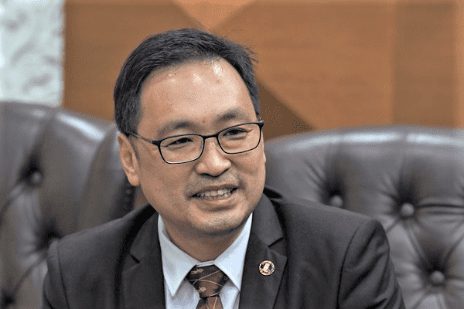 According to him, he is rather perplexed that there is a shortage of personal protective equipment (PPE) although 50 tonnes of the items were flown in earlier this month.

“Although the cargo had arrived in Kuching, hospitals in Sarawak are still compelled to seek for donations of PPE like the N95 masks and the isolation gowns.

“What happened to the cargo of PPE?

“It is either that the cargo is grossly insufficient to meet the demand for the PPE or that the state government is just too slow in distributing them.

“In either case, this is not acceptable as the frontliners are risking their lives to serve the community,” he said in a statement yesterday.

Chong added that although it was already the second month since the first Covid-19 positive case was confirmed in Sarawak, the frontliners were still short of PPE to protect themselves while performing their duties.

“Any compromise of these frontliners’ safety due to the lack of proper planning or bureaucracy is negligence with the potential of causing death.

“I urge the state government to act urgently to protect our dedicated frontliners,” he said.

When pandan meets lemon: A tart with a difference | Eat/Drink

Support your children if they are gay, pope tells parents

Eduspec, Industronics ink MoA to set up SPV for supply of school hardware