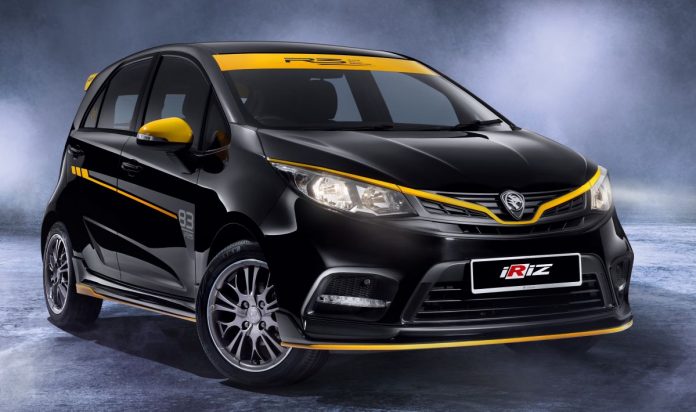 Following three consecutive months of growth, Proton sales retracted by 37.1% in May compared to the month before. The 9,440 units sold last month translates to market share of 20.3%, and year-to-date volume stands at 57,283 units. The latter gives Proton a year-to-date market share of 23.5%, up 2.4% year-on-year, according to the company’s own figures. Proton typically lumps together domestic and export sales for their announcements.

May wasn’t the strongest month for the local auto sector, as total industry volume slid by around 20%. Issues such as microchip shortages – which is affecting carmakers worldwide – and a national movement control order to stem the spread of Covid-19 are among the reasons.

After becoming the overall top selling model in April, the Proton Saga relinquished the position to permanent resident Perodua Myvi. Still, with 3,786 units delivered, the Saga was one of four Proton models to lead their respective segments in May.

Proton says that the X50 and X70 SUVs continue to lead their classes by a considerable margin, with 1,899 and 1,523 units sold last month, respectively. The Exora maintained its position at the head of the C-segment MPV class.

Proton is very proud of its export performance, where 669 units of the Saga, X50 and X70 were shipped out in May. This is the highest level since March 2013, and as a result, year-to-date 2021 exports are now less than 100 units behind the total for the entire 2020.

“Car sales in Malaysia dipped in May due to factors such as chip shortages and the implementation of MCO in the middle of the month. Despite most industry players having healthy order books, most brands struggled to meet demand. For Proton, our numbers were high enough to retain second overall in the sales table and we also received a welcome boost from our export division which set a 98-month high despite restrictions on international shipping,” said Roslan Abdullah, CEO of Proton Edar. The company says that it will use this MCO-enforced break to “retool its sales plan for the remainder of 2021” (which received a boost with the extension of SST exemption till December 31) while also “taking steps to future proof its business against regulatory changes and external factors such as the coronavirus.”

“2020 proved to the world that business as usual can be disrupted without warning. To remain competitive in an unpredictable environment, Proton along with its vendors and dealers need to have the flexibility to pivot quickly to take advantage of unexpected opportunities. As such, we will intensify our efforts to implement a framework to meet upcoming regulations locally and internationally which is vital for future growth,” Roslan said.

“We are also finalising our model launch plans for the rest of this year. The current MCO will push some of these dates back, but Proton remains committed to meeting our launch targets and creating some excitement for our customers in 2021,” the sales chief added.

Can fashion weeks be sustainable? A new museum exhibit looks into the issue