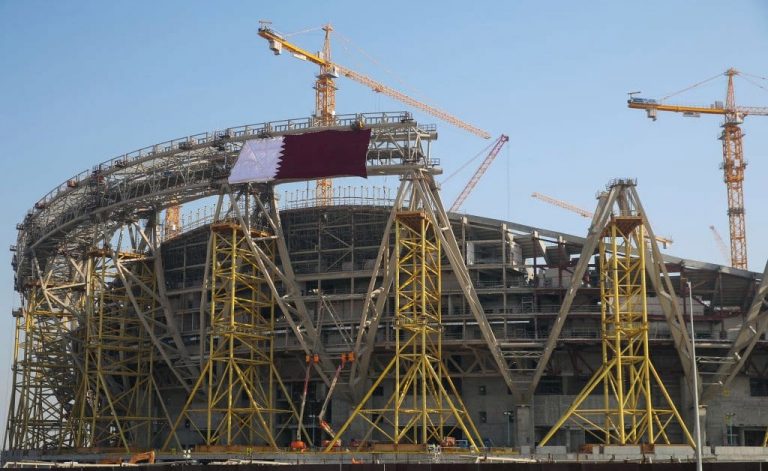 The International Labor Organization said as of now, migrant workers can change jobs before the end of their contracts without obtaining the permission of their current employers.

Qatar also has adopted a minimum monthly wage of 1,000 Qatari riyals ($275) for workers, which will take effect some six months after the law is published in the country’s official gazette, the ILO said. The minimum wage rule requires employers to pay allowances for housing and food as well if they don’t provide those for their workers.

Amnesty International praised the move as “an encouraging sign that Qatar may finally be heading in the right direction,” although employers still can file criminal charges against “absconding” employees, meaning those who left their jobs without permission.

“We call on Qatar to go further with these reforms, including removing the charge of absconding, to make sure that the rights of all workers are fully protected,” Amnesty official Steve Cockburn said in a statement.

Qatar, whose citizens enjoy one of the world’s highest per-capita incomes due to its natural gas reserves, partially ended the “kafala” system in 2018. That system ties workers to their employers, who had say over whether they could leave their jobs or even the country.

Qatar is being transformed by a building boom fueled by its vast oil and natural gas wealth. Like other energy-rich Gulf nations with relatively small local populations, Qatar relies on well over a million guest workers, many of them drawn from South Asian nations including India and Nepal. Rights activists long have criticized the “kafala” system as allowing abuses of those foreign workers.

This comes as Qatar will host the 2022 FIFA World Cup in the Arabian Peninsula nation. Having the winning bid for the soccer tournament brought renewed attention to laborers’ rights in Qatar.

Meanwhile Sunday, the United Arab Emirates announced it now requires private employers to grant new fathers five paid days off after the birth of a child.