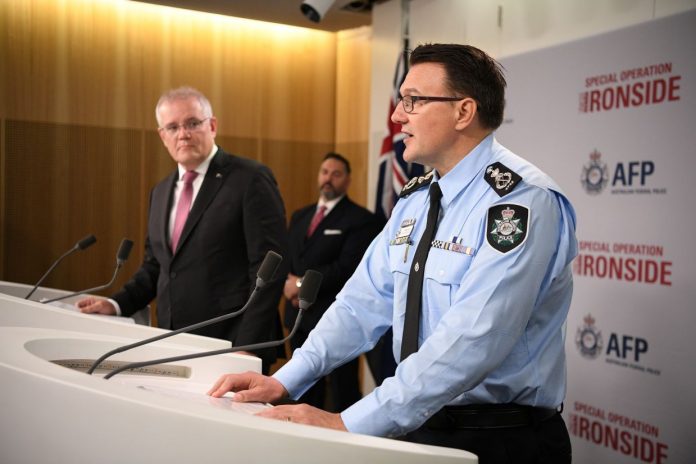 Unveiling the “world’s most sophisticated” sting, law enforcement from New Zealand, Australia the United States and Europe revealed they had access to the supposedly secure ‘AN0M’ platform for years.

The Australian Federal Police said that in that country alone, a total of 224 people were now facing more than 500 charges while six underground drug labs were shut down and firearms and Aus$45 mil (RM144.20mil) in cash was seized.

“We allege they’ve been trafficking illicit drugs into Australia at an industrial scale.”

Australian Prime Minister Scott Morrison said the operation “has struck a heavy blow against organised crime — not just in this country, but one that will echo around organised crime around the world”.

New Zealand Police said it was the “world’s most sophisticated law enforcement action against organised crime to date”.

Detective superintendent Greg Williams said 35 people had been arrested across the country on 900 “serious drug dealing, money laundering and other conspiracy-type charges” and were due to appear in court Tuesday.

Police in New Zealand seized methamphetamine, firearms, and millions of dollars in cash and assets during the operation.

“Warrants are coming in and we expect a number of other arrests to be undertaken,” Williams told reporters in Auckland.

More arrests were also expected to be announced around the world, Australian police said. – AFP