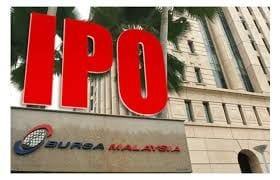 KUALA LUMPUR: Human capital management (HCM) solutions and technology provider Ramssol Group Bhd made its debut on the ACE Market on Tuesday, opening at 70 sen or 25 sen above its offer price of 45 sen.

Analysts had accorded a fair value of 62 sen based on a 15 times price-to-earnings (PE) multiple to its FY 2022 forecast earnings per share of 4.2sen.

Ramssol raised RM25.1mil from its IPO to partly fund its regional business expansion, of which RM2.5mil is to expand into the Philippines.

Its initial public offering (IPO) shares offered to the Malaysian public were oversubscribed by 102.88 times.

RMCO travel: For a ‘different taste’ of Ipoh, drop by Bercham for claypot crabs…...

Carbon dioxide in the air at highest level since measurements began