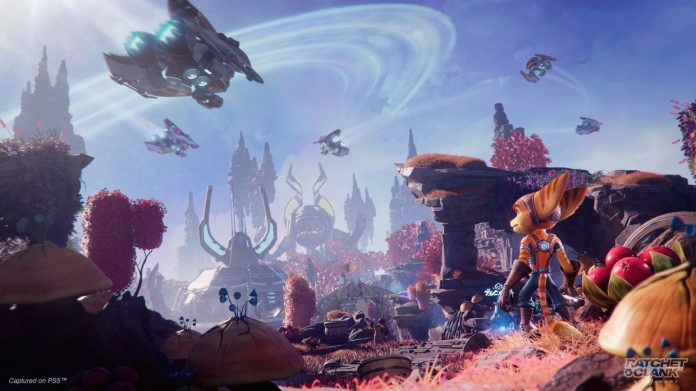 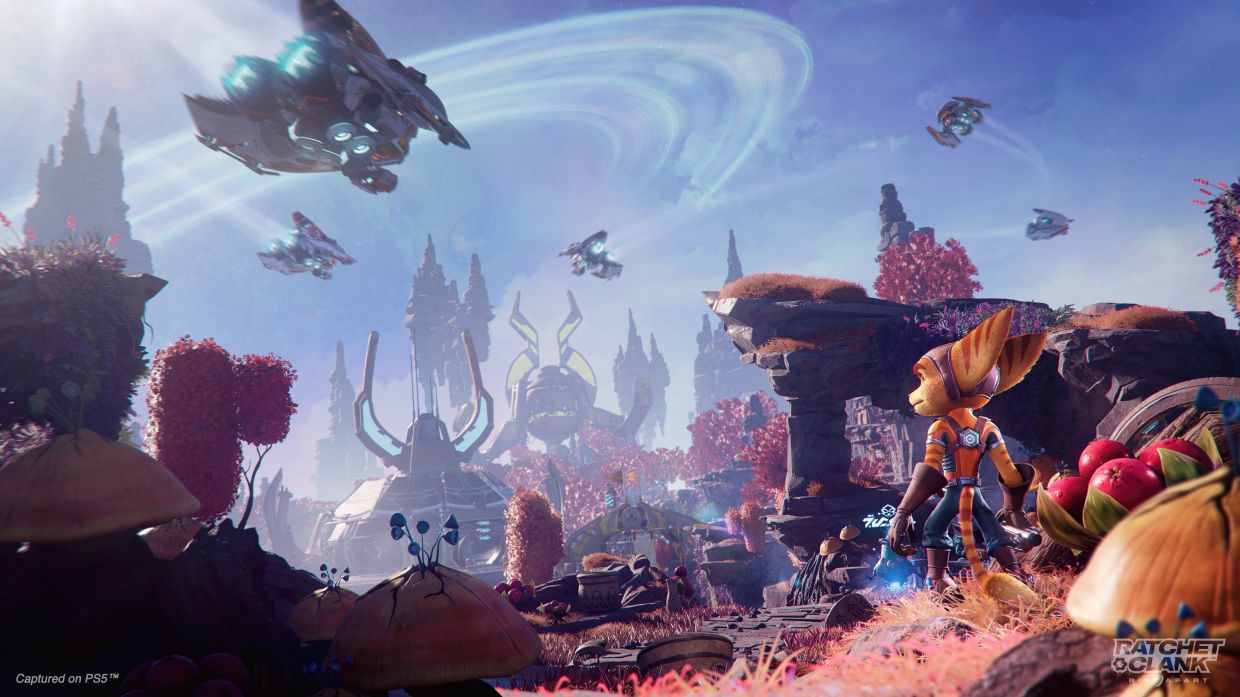 Technically, it’s changed a lot, with more detailed graphics, and the game also benefits from the computing power of the PlayStation 5.

At the beginning of the game, Clank presents the repaired Dimensionator, a device that can open paths into parallel universes.

However, a struggle with villainous Doctor Nefarious sees Ratchet, Clank and Nefarious transported to an alternate universe.

Separated from buddy Ratchet, Clank meets a new character, Rivet, who helps him to search for Ratchet. Meanwhile, Nefarious has been crowned emperor and seeks to steal the Dimensionator for himself.

In the course of the game, you can switch between the different dimensions, for example to solve puzzles that bring the game characters back together.

There’s a variety of weapons and plenty of action in a comprehensive storyline. In addition to elaborate graphics and many puzzles, the game world is lovingly detailed.

Ratchet & Clank: Rift Apart should also appeal to newbies to the series, as the difficulty level increases slowly during the course of the game.

The game is available exclusively for the PlayStation 5 and costs US$70 (RM295). – dpa

Football: Soccer-Pioli challenges Milan to prove themselves against Verona