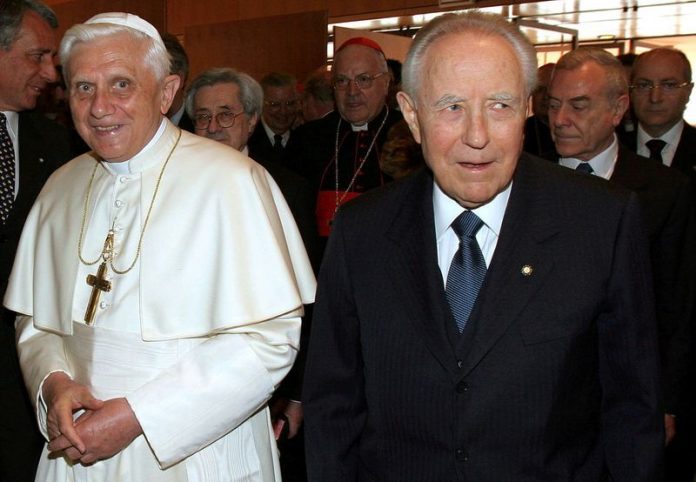 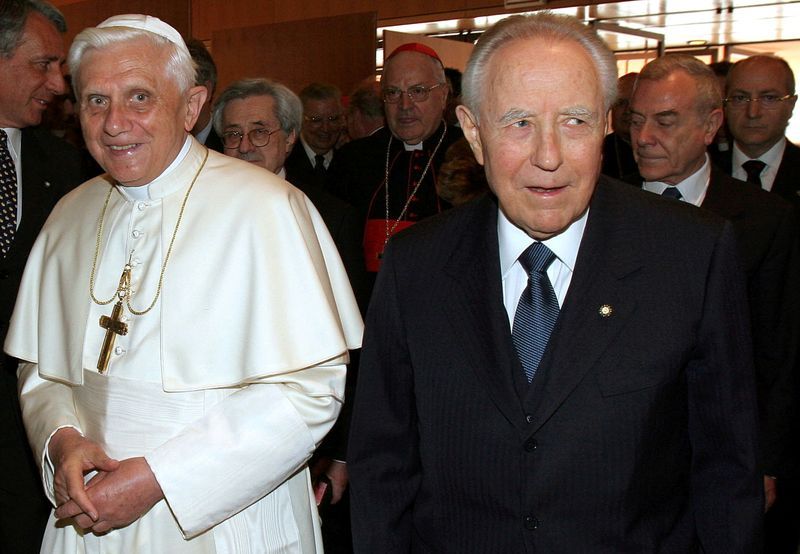 ROME (Reuters) – Italian President Sergio Mattarella had to abandon a ceremony on Tuesday dedicating a Rome road to one of his predecessors, Carlo Azeglio Ciampi, after officials noticed that the name on the stone plaque was misspelt.

Instead of “Azeglio”, the street marker said “Azelio”, with the letter “g” missing.

Mattarella had already turned up to the event, alongside members of Ciampi’s family and Rome Mayor Virginia Raggi, before the embarrassing mistake was noticed, with the lettering showing up clearly through the translucent cloth covering the plaque.

The error lit up social media, with Raggi’s many critics saying the gaffe underscored wider problems for the city.

“A debacle of historical proportions, the last of a very long series that fortunately will end soon. Rome deserves better,” said centre-left politician Carlo Calenda, who has indicated he will stand against Raggi in elections due later this year.

Raggi’s allies said it was a conspiracy designed to hurt the mayor, who is a member of the anti-system 5-Star Movement.

“Elections are approaching and they are doing all they can to stop Virginia Raggi. The plaque with the wrong name of Carlo Azeglio Ciampi is not a simple mistake. Do you think it is possible? I don’t,” said 5-Star city councillor Paolo Ferrara.

A corrected sign was put up before the end of the day.