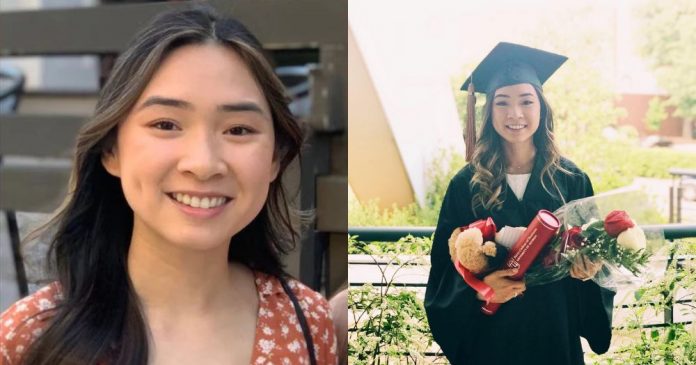 PETALING JAYA: Tragedy struck a Malaysian immigrant family in the United States when their daughter, Carmen Cai Yi Lee was shot dead while driving home in a small city outside of Atlanta, Georgia.

According to the Atlanta Journal-Constitution (AJC), Lee was on her way home from a friend’s barbecue on May 29 when she was killed, just days away from her 25th birthday on June 5.

The oldest of three siblings, who was born after her parents moved to the United States, was found unresponsive in her car by a patrolling policeman at 9.30pm.

The news outlet said there have been at least 30 shootings so far in 2021 on roads in metro Atlanta and the surrounding counties.

From the shootings, ten people, including Lee, have died after being shot while driving or riding in cars.

AJC reported that police said that many of the cases have been attributed to road rage and that the majority of road shootings remain unsolved.

Police are appealing for information on the case that might help them in the ongoing investigation into Lee’s death.

Her boyfriend, Petrus Reyes told AJC that Lee was scared by news of increased crime and gun violence in metro Atlanta and that she had recently started carrying around pepper spray.

The identity of the shooter is still unknown.

“She was the most gentle soul. Selfless, ” Reyes said.

“She was always doing something for someone else. I had to remind her, ‘Stop let’s take care of yourself first.'”

He said Lee was working as a financial portfolio analyst after graduating from the University of Georgia in 2018 with a finance degree.

The couple was planning to buy a home together in Duluth, another suburb of Atlanta, so that Lee could be close to her parents.

“We have an angel up there,” he said.

Lee’s brother told a local news network CBS46: “She was so dedicated to having a successful life for her parents, that’s all she wanted to do, ease the pain of her parents.”

Lee’s cousin said that she was the family’s “glue” and their “everything”.

“Carmen was an amazing role model for both of her younger brothers. All she wanted was to be successful and provide for her parents,” he said on the fundraising page.

How COVID-19 Has Impacted Business: A 6-Month Retrospective

Muhyiddin has audience with Johor Sultan after state assembly sitting