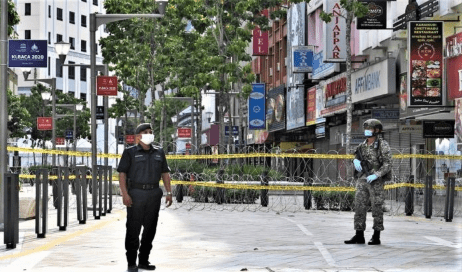 PUTRAJAYA: The police have received a report on the actions of several dignitaries who flouted the movement control order (MCO) by holding gatherings as viralled on the social media yesterday.

Senior Minister (Security Cluster) Datuk Seri Ismail Sabri Yaakob said the matter had been handed over to the police for further action.

“No one can be above the law. A police report has been lodged, we leave it to the police to take action,” he told a media conference after chairing a special ministerial committee meeting on the MCO here today.

In the meantime, asked about the Dewan Rakyat sitting which was expected to be held on May 18, Ismail Sabry said the matter was not discussed at the meeting today and it would be discussed in the Cabinet meeting soon.

Since yesterday, a notice purportedly issued by the Dewan Rakyat secretary Riduan Rahmat that the First Meeting of the Third Term of the 14th Parliament would be held for a day only on May 18.

According to the notice, the Dewan Rakyat sitting would be held to discuss only Bills and motions on government affairs following the implementation of the movement control order.

In addition, according to the notice, there would be no oral question session, Ministers’ Question Time and motions. – Bernama